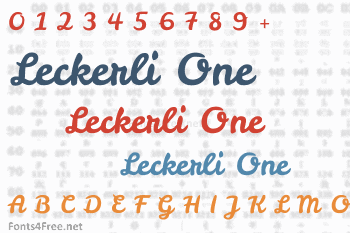 Leckerli is your new fat friend for any display-fun! Its irregular brush shapes indulge you with their sweet character and cheering loops. It is also useful for shorter texts. 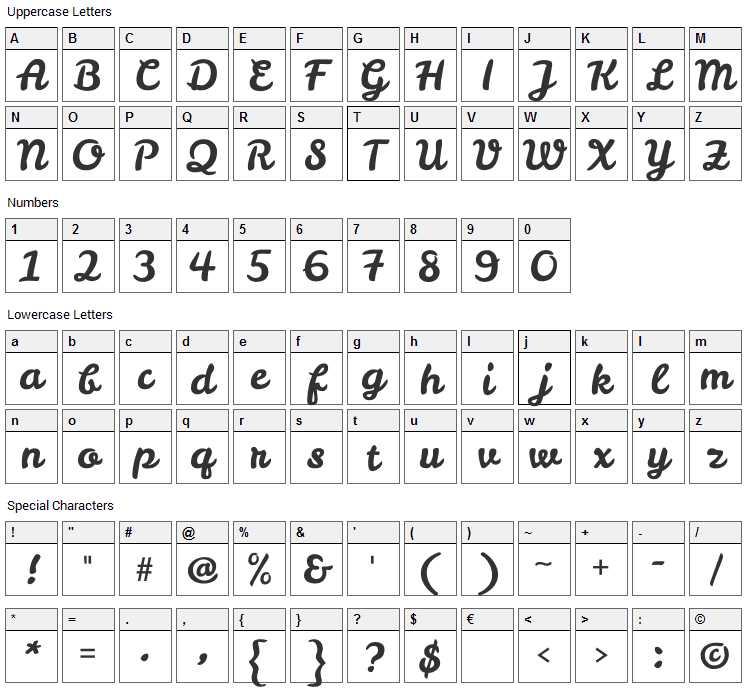 COMMENTS & QUESTIONS ABOUT LECKERLI ONE FONT

Submit a comment, question or review about Leckerli One font

Leckerli One is a script, various font designed by Gesine Todt. The font is licensed under SIL Open Font License. The font is free for both personel and commercial usages, modification and distribution. In doubt please refer to the readme file in the font package or contact the designer directly from plus.google.com.

Leckerli One font has been rated 4.0 out of 5 points. A total of 2 votes cast and 0 users reviewed the font. 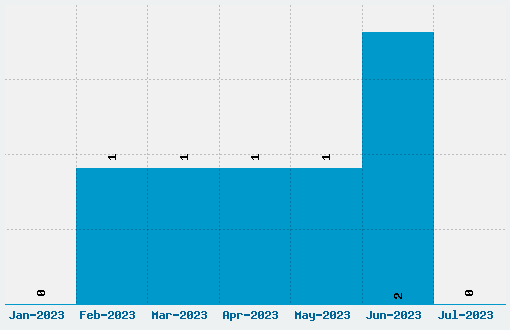