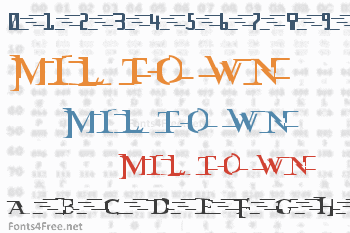 Miltown is based on the M, A, T, R, I, and X forms of The Matrix movie title. I tried to be as faithful as I could to those particular forms. I had no idea what the other forms in that particular alphabet would have looked like, so I used my imagination. Hope you like it and use it in good health.

Here are some helpful pointers regarding this font:

- The capital letters of this font are what actually constitute the alphabet, while the lower case characters are different variations of possible fillers or space alternates. A character table PDF should be enclosed with the font to explain this. Some JPEGs of very basic sample usage should also be included. For best showing, on screen and in print, I recommend that you use the font at 72 points and above.

- This font didn't take much to make. About 30 hours altogether. The demolition of Times New Roman, and of classic type in general, has seen many spins and ramifications in a large percentage of designs and publications that started in the late 1980s and is currently still happening. This is exactly what the designer of the Matrix titling did, and this is precisely what the Miltown font is: destruction of classic type. I'm not particularly fond of demolition jobs, but the object here was to replicate the Matrix's title. Let's just say that I winced a lot while making this thing. 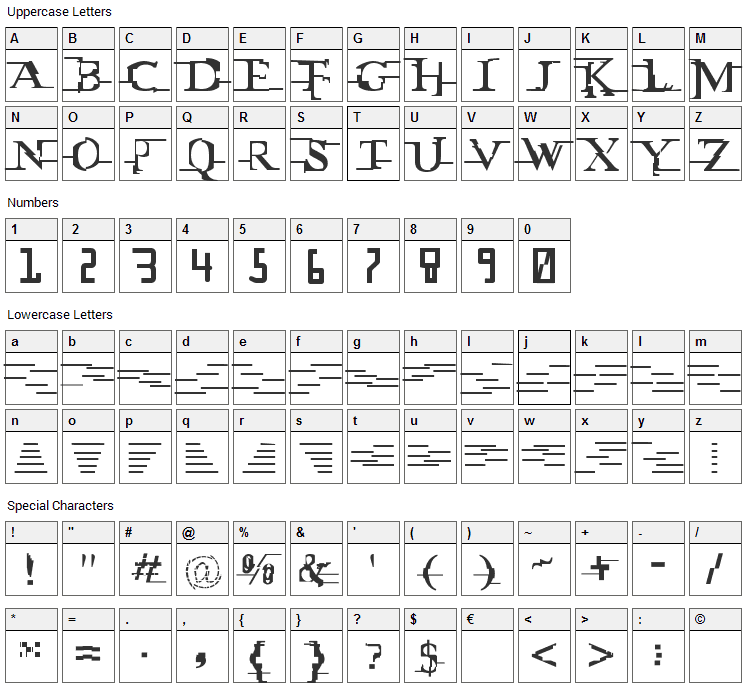 Submit a comment, question or review about Miltown font

Miltown also known as Matrix font is a fancy, distorted font designed by Apostrophic Labs. The font is licensed as Free. The font is free for both personel and commercial usages. In doubt please refer to the readme file in the font package or contact the designer directly. 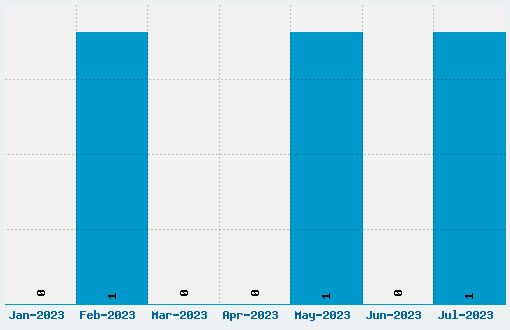