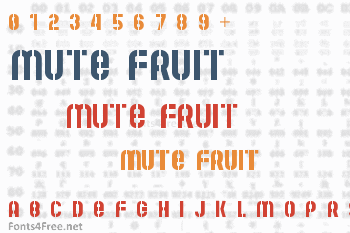 A stencil kind of font. Comes in 4 different styles: Regular, White Krash, Black Krash and Skimpy Krash. Originally it was my intention only to have the regular version, but the font seemed too boring that way. That's why I made the other versions, which looks more handmade, even though they were digitally altered. 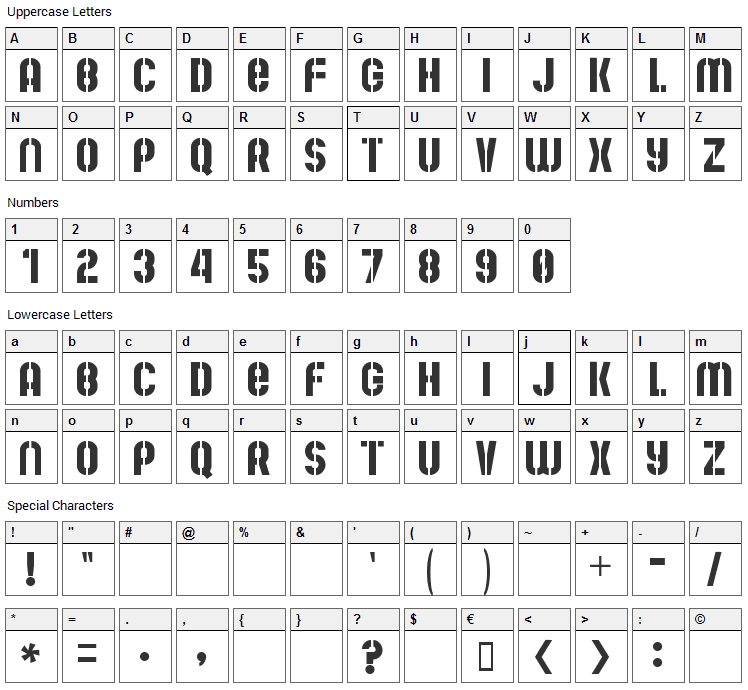 Submit a comment, question or review about Mute Fruit font

Mute Fruit is a fancy, stencil-army font designed by Pizzadude. The font is licensed as Free for personal use. You can download and use the font free for personal projects. For commercial projects please refer to the license file in the package or contact the designer directly from pizzadude.dk. 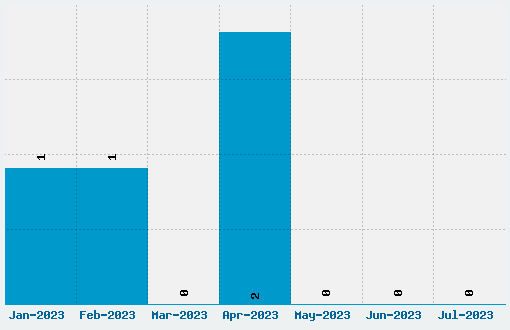