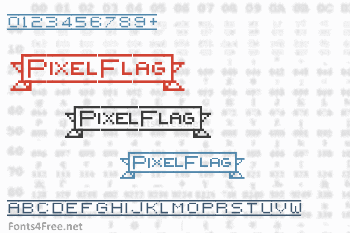 Free for all use including commercial. Credit to me, letting me know where you've used my work, and even donations, are all highly appreciated but not required to use the font.

With this font, you can use different types of brackets to achieve different endings. [] will produce rectangular endings, () will be rounded endings, {} are folded ribbon endings, and are rectangular with dots on corners. | (horizontal line) can be used to produce a line down the flag, space will produce a space in it. Experiment for best effects. Seems to produce the best effect at certain sizes only, and when NOT antialiased.

Last note: to positively influence how it looks in previews, the font is called {PixelFlag} rather than just PixelFlag. As a result, it may appear at the top or bottom of your list of fonts when installed, rather than in the Ps. 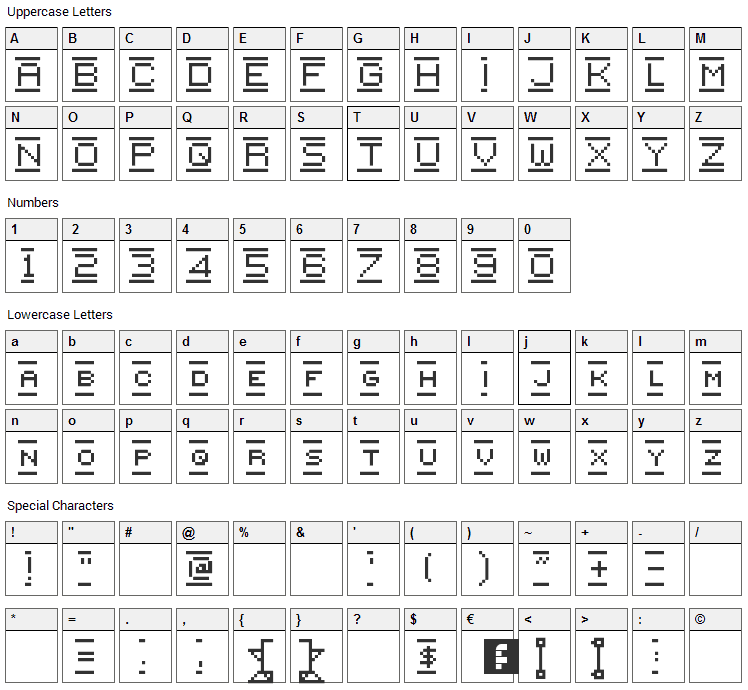 Submit a comment, question or review about PixelFlag font

PixelFlag is a bitmap, pixel font designed by NALGames. The font is licensed as Free. The font is free for both personel and commercial usages. In doubt please refer to the readme file in the font package or contact the designer directly from nalgames.com. 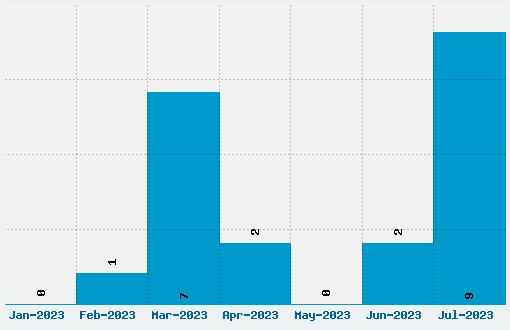