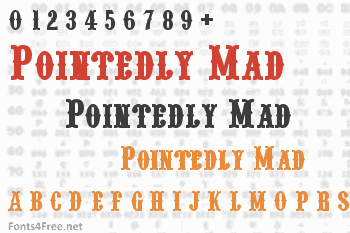 The character set includes: Upper and lower case (Small Cap) letters and numbers. The majority of punctuation and few additional characters. Note: The keystroke ` (grave) is a special spacing element to be used between character combinations such as "Th" to obtain whatever desired spacing you want to achieve.

"Pointedly Mad" got its name from the fact that I started off to make the font used on so many covers of MAD Magazine. But, as in a lot of things I do, I took off in another direction. So instead of round bumps on the letters, I ended up with triangular points, like the top of my pointed little head. I've gone "pointedly mad"! 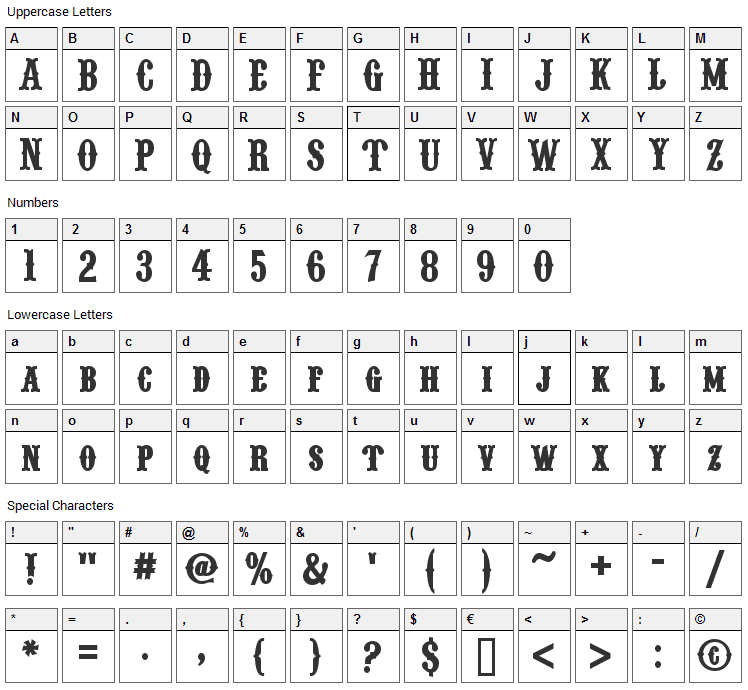 Submit a comment, question or review about Pointedly Mad font

Pointedly Mad is a fancy, western font designed by GreyWolf Webworks. The font is licensed as Free for personal use. You can download and use the font free for personal projects. For commercial projects please refer to the license file in the package or contact the designer directly from greywolfwebworks.com. 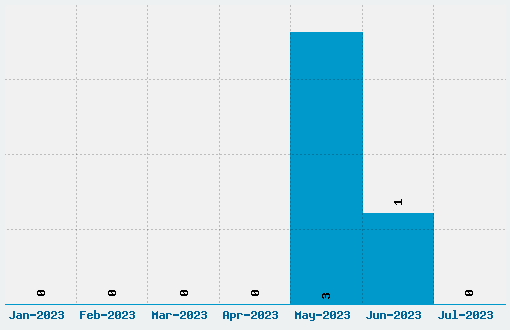