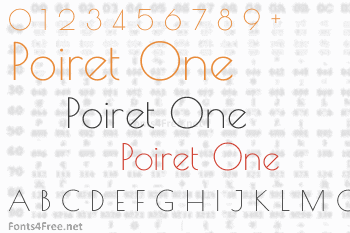 A fresh decorative geometric grotesque with a hint of Art Deco and constructivism. Poiret One is a unique typeface with light forms and pure elegance. Sleek and simple. Based on geometric forms, it has stylish lines and graceful curves. The font is applicable for large signs, labels, titles, headlines and any type of graphic design on the web, in motion graphics, or in print - from t-shirts to posters and logos.

It is also well-suited for short texts and advertising where style is desired. Complete with a lower-case letters, the Poiret One is also useful for all-caps usage. 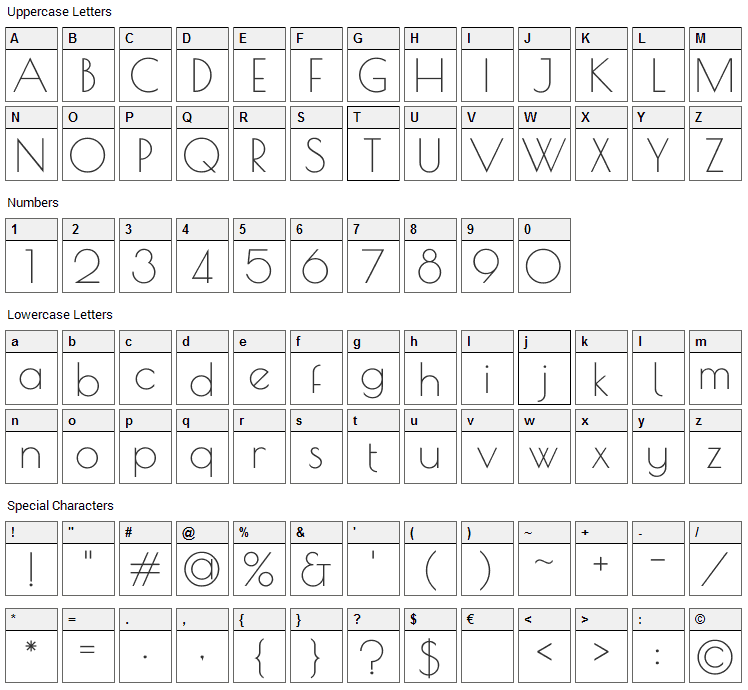 Submit a comment, question or review about Poiret One font

Poiret One is a fancy, retro font designed by Denis Masharov. The font is licensed under SIL Open Font License. The font is free for both personel and commercial usages, modification and distribution. In doubt please refer to the readme file in the font package or contact the designer directly from plus.google.com.

Poiret One font has been rated 2.6 out of 5 points. A total of 5 votes cast and 0 users reviewed the font. 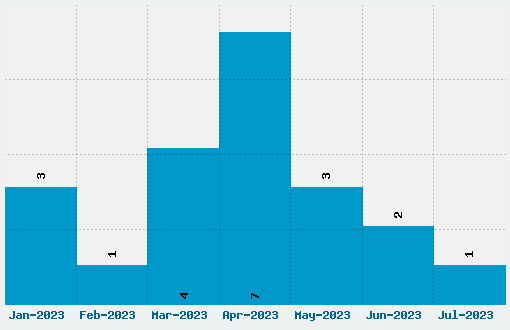