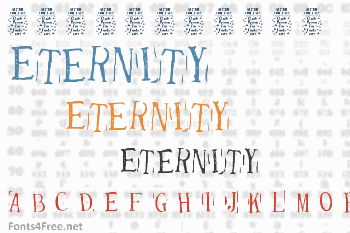 The Randy Described Eternity font was created from dollar store stamps, which I still use to this day on birthday and holiday cards. The font was originally released in August 2001. In February 2016, I added several more characters to the set, including accent characters.

I also created a second font called Randy Described Eternity Clean. It is nearly identical, except I removed the rubber stamp edges from each character and brought the characters a little closer together. It may be a little easier to read.

Both fonts are included in the same demo download and purchase. 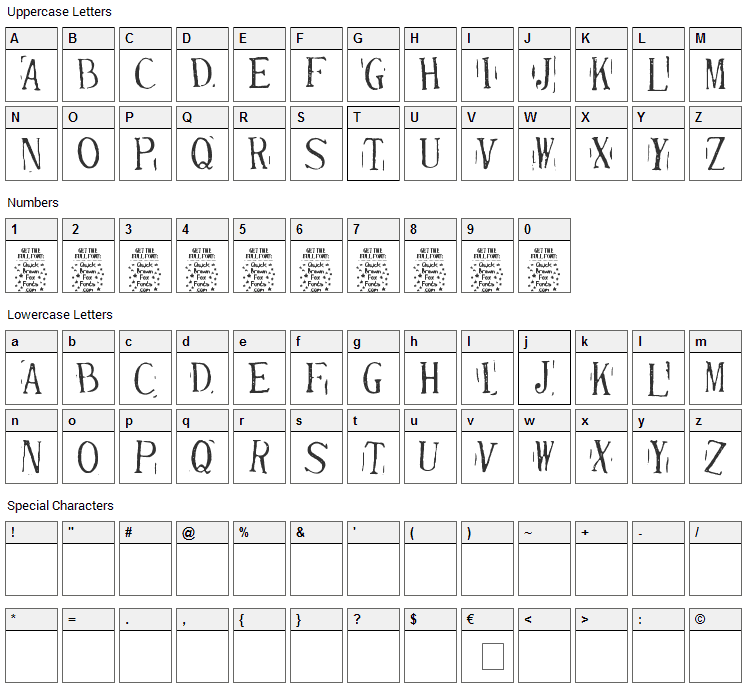 Randy Described Eternity is a fancy, distorted font designed by Quick Brown Fox Fonts. The font is licensed as Demo. The font is available as a trial. A payment is required for commercial or personel usage. There may be some missing characters in the font demo. For your questions, please refer to the readme file in the font package or contact the designer directly from quickbrownfoxfonts.com.