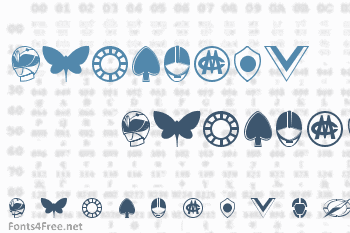 Font inspired on arsenal, mechas, logos and helmets of the Japanese genre called Super Sentai. This genre is produced since 1975 by Toei Company, and nowadays also has an American version, which is known as Power Rangers. In the beggining of this year, Super Sentai completed 30 years, with a tv special "Boukenger vs Super Sentai" and this font is dedicated to these 30 years.

I wanted to thank Shotaro Ishinomori for creating a so incredible genre. Watching Sentai series was the best part of my childhood. Thanks to Toei Company for all these years of Super Sentai. And I want to thank especially all Sentai fans of the world, for keeping the Sentai pride alive. This font was made especially to you! 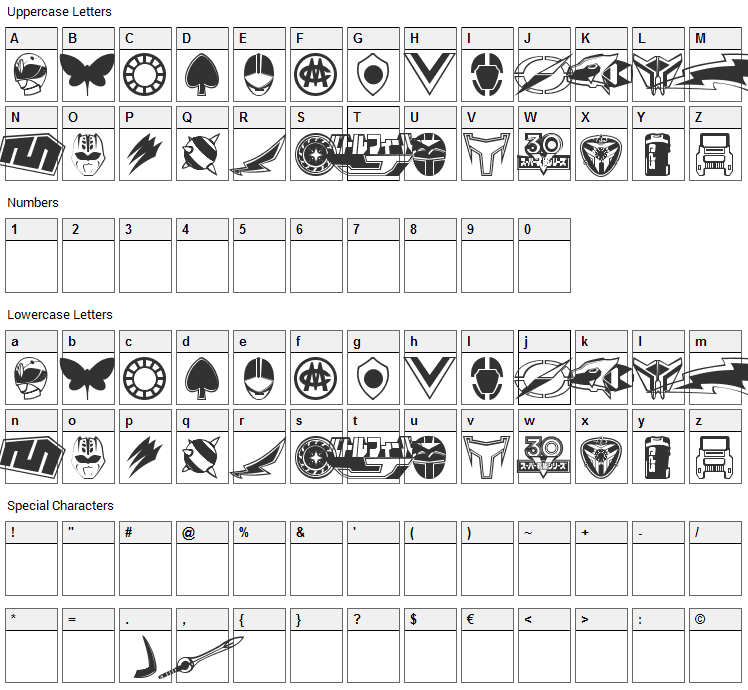 Submit a comment, question or review about Sentai 30 Dingbats font

Sentai 30 Dingbats is a dingbats, tv-movie font designed by Debora. The font is licensed as Free for personal use. You can download and use the font free for personal projects. For commercial projects please refer to the license file in the package or contact the designer directly. 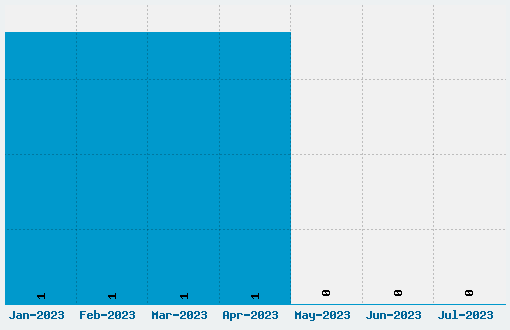