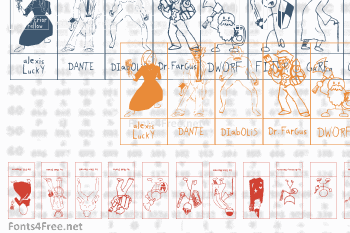 Odds are, if you're reading this at all, you're already familiar with Sparks: professional-quality paper miniatures in font form! Well, this one isn't quite professional... Instead, the Scrapbook was built entirely from donated fan-art, just for fun. Some of the minis make for great monster hordes (the thought of hordes of LouLou, Brian the Gamer or Samurachan is particularly unsettling).

I also threw in some of my own stick-figures, and the doodled miniature (Garygax) that was the very first "test drawing" I used when inventing Sparks in the spring of 1999. When Garygax worked, I phoned up Dan Smith and told him about this idea I'd had, and would be be willing to do some real art for me? The rest is history!

If you're new to Sparks, visit the Cumberland Games website at www.cumberlandgames.com and download the Sparks: Free For All set. The documentation for that set applies to this one, too, and you'll be able to see what our more serious sets are like!

Sparks scaling is really easy to use: 25pt type = 25mm scale, 30pt type = 30mm scale (the most popular for dungeon-stomping games), 50pt type = 50mm scale, and so on! Clip, fold and play! Adjust as needed for larger-than-human scale characters (or just to scare your players). 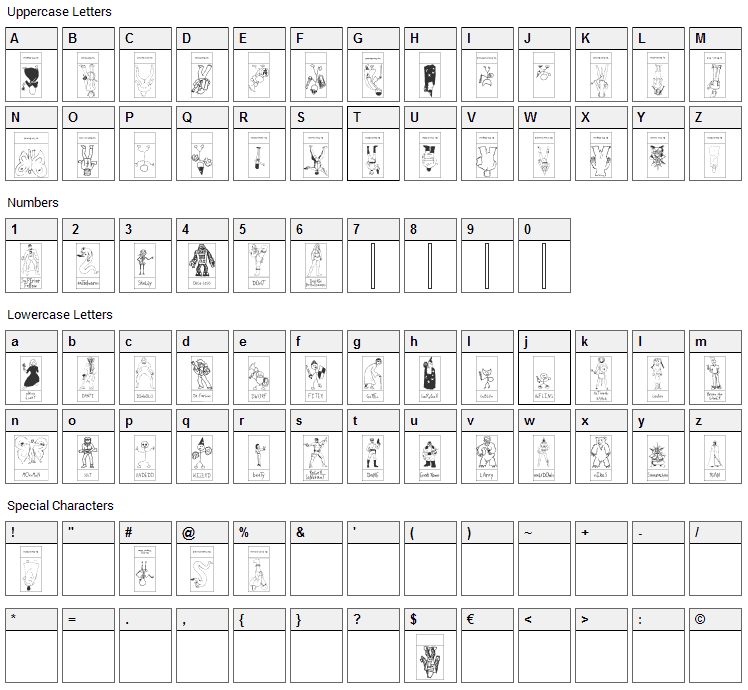 Submit a comment, question or review about SPARKS Scrapbook font

SPARKS Scrapbook is a dingbats, various font designed by Cumberland Fontworks. The font is licensed as Free for personal use. You can download and use the font free for personal projects. For commercial projects please refer to the license file in the package or contact the designer directly from www222.pair.com.