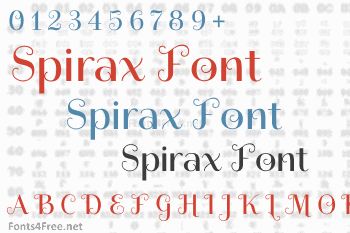 In geometry, a spirax is a curved line starting from a central point and moving progressively away and around that point. The Spirax font is inspired in this concept, trying to make you feel that you can go away from your starting point but you’ll never be foreign. Spirax has a pronounced contrast and original curves. It can be used for headlines and shorter texts. Spirax is cute at all sizes!

Submit a comment, question or review about Spirax font

Spirax is a fancy, curly font designed by Brenda Gallo. The font is licensed under SIL Open Font License. The font is free for both personel and commercial usages, modification and distribution. In doubt please refer to the readme file in the font package or contact the designer directly from plus.google.com.

Spirax font has been rated 1.0 out of 5 points. A total of 1 votes cast and 0 users reviewed the font. 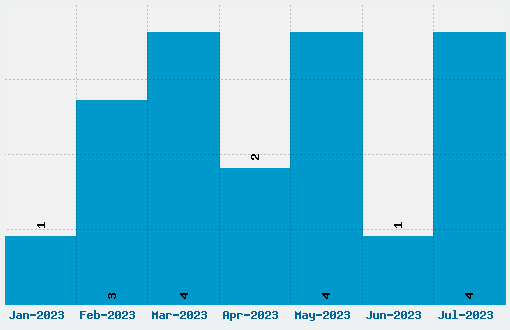