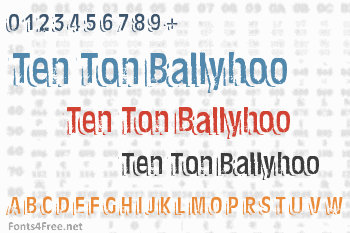 Sometimes, naming a new font is like naming a rock band. That's about all I want to reveal about the title of Ten Ton Ballyhoo. Since I was a little late with the font this month I put a little bonus elbow-grease into it - This is a full keyboard stressed poster font with my usual extras, plus a bonus Alternates font which replaces the letters (both upper- and lowercase) and numerals with differently-stressed versions of the same glyphs, which I've shown off in the sample image (regardless of what the title may refer to, it has the handy bonus of featuring multiple letters that benefit from the font's own design).

The Alternates font repeats the other glyphs (punctuation and so on) for convenience, allowing either font to act as a standalone. 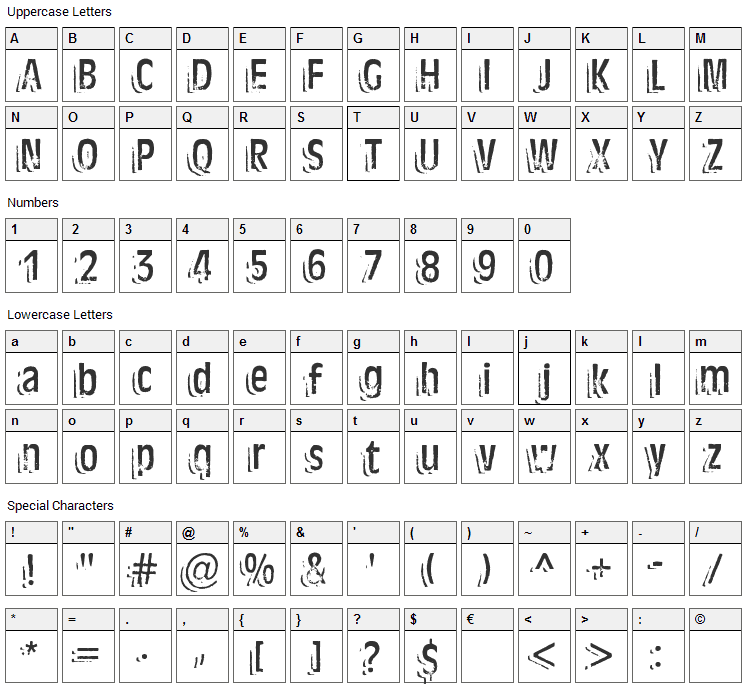 Ten Ton Ballyhoo is a fancy, eroded font designed by Cumberland Fontworks. The font is licensed as Free for personal use. You can download and use the font free for personal projects. For commercial projects please refer to the license file in the package or contact the designer directly from www222.pair.com.