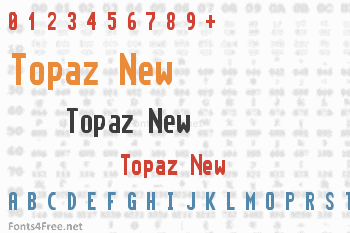 This version contains the ASCII characters 32-127 inclusive. All other printing characters are represented by a '!'.

It is a monospaced font. That is, all the characters have the same width. I created this font mainly for use in viewing / creating ASCII art and as such I think it gives the best results (Well I would ;) It also makes your PC look a bit more AMIGA-like! 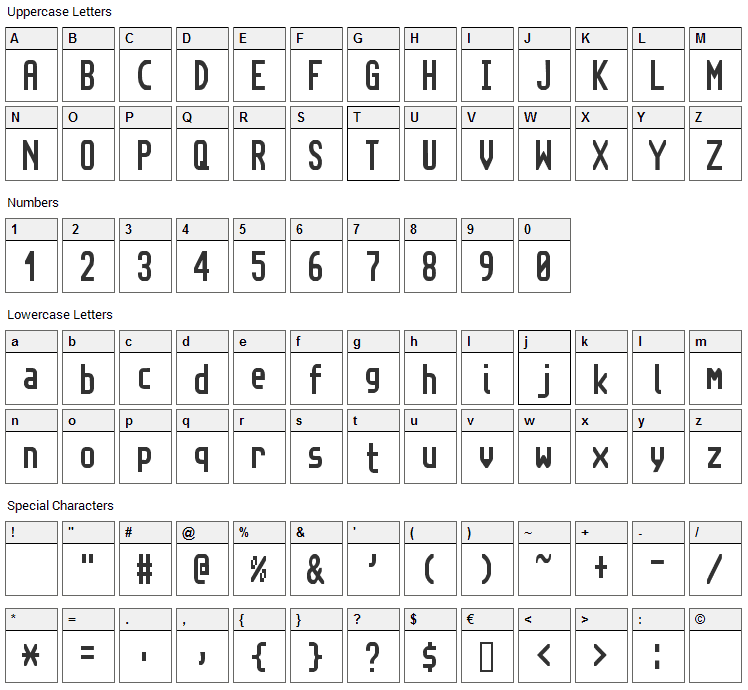 Submit a comment, question or review about Topaz New font

Topaz New is a bitmap, pixel font designed by Alan Tinsley. The font is licensed as Free for personal use. You can download and use the font free for personal projects. For commercial projects please refer to the license file in the package or contact the designer directly. 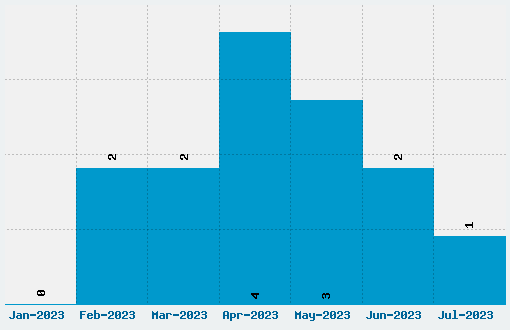