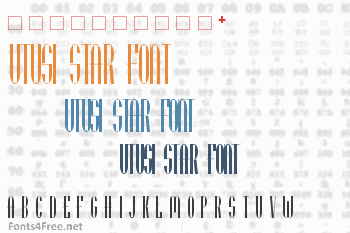 As someone once came to me who wanted to have designed a brochure. He had a sheet from a magazine and it showed me the headline: "So I would like a similar font for my headings ..." hot Now, how may this font now? And where can I get them from? "WhatTheFont" also did not help. So it was faster to get inspired by Scripture and quickly devise a new font in a similar style - the two dozen letters were certainly drawn quicker than looking the other scriptures - and something unique then, it was too!

Meanwhile, I then added the font, the lowercase and all major punctuation and it extends to a complete character set. I also have added a bold font. 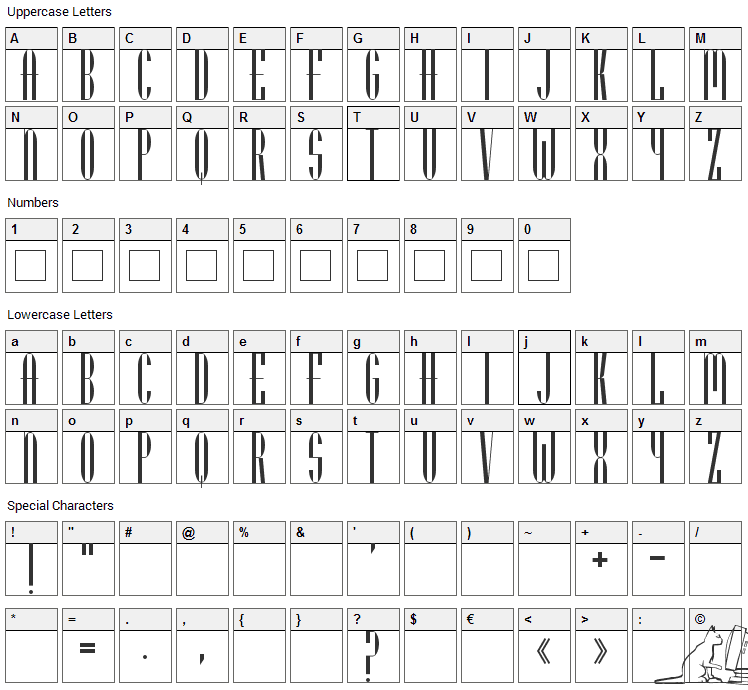 Submit a comment, question or review about Utusi Star font

Utusi Star is a fancy, retro font designed by Peter Wiegel. The font is licensed as Public Domain / GPL / OFL. Public domain fonts are free of known copyright restrictions because intellectual property rights have been forfeited by the respective author or property rights have expired. The font is free for both personel and commercial usage. For your questions, please contact the designer directly from peter-wiegel.de.