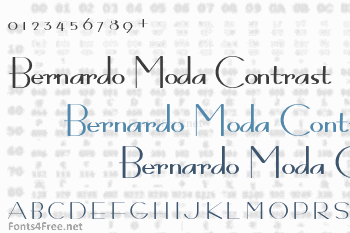 When I start working on a font which already abundant are also other providers, it always has a reason. Here I am missing some characters, such as the large ß, I would like to have more fonts, as well as a matching € sign. Of long s and not to mention ligatures all, characters for Eastern Europe, and certainly Cyrillic. So I have Lucien Bernhard's signature fashion again taken from me "to the chest", and the glyphs redrawn then provide you with any additions. And where I was at it, I also attempted in the same form language to develop from an organic Sans. 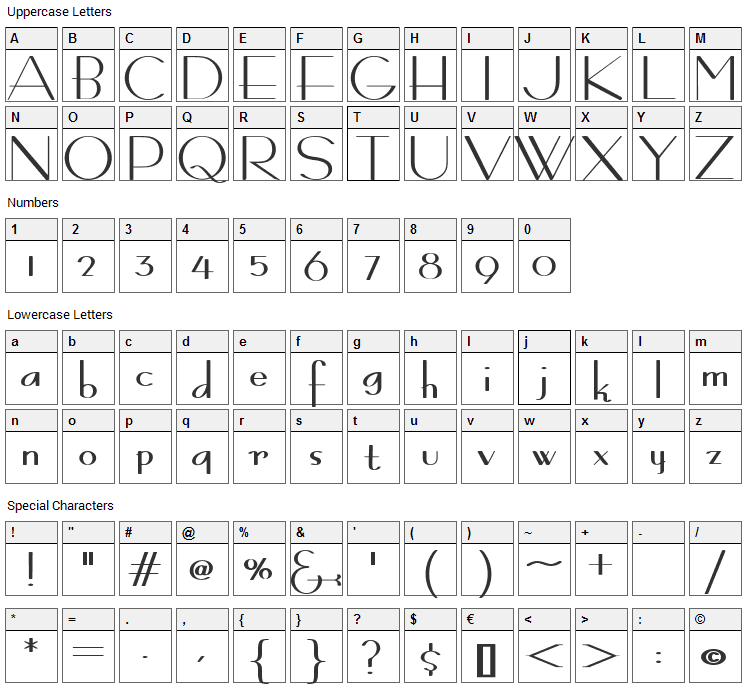 Bernardo Moda Contrast is a fancy, retro font designed by Peter Wiegel. The font is licensed as Free. The font is free for both personel and commercial usages. In doubt please refer to the readme file in the font package or contact the designer directly from peter-wiegel.de.

Bernardo Moda Contrast font has been rated 5.0 out of 5 points. A total of 2 votes cast and 0 users reviewed the font. 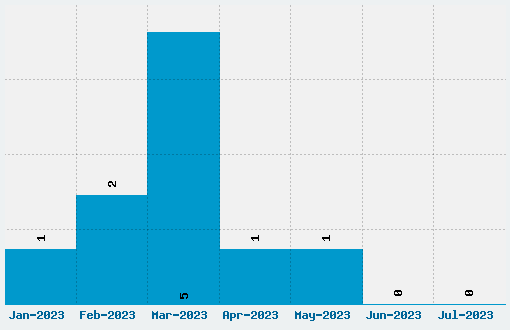