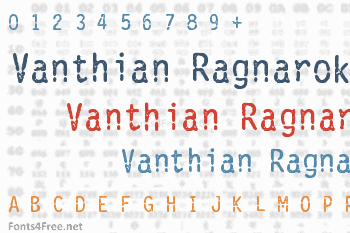 Fans of mythology may recall that Vanth was a demoness of sorts, the Etruscan herald of death and the assistant to mortals in the process of dying, while Ragnarok was the end-of-the-world scenario in the Norse myths. It may seem a little silly to combine them, but fans of the formative history of role-playing games may recognize the reason for this font's name and appearance...

Vanthian Ragnarok is a full-keyboard stressed typewriter font with a few of my usual extras tossed into the extended set; it's based on a modified version of a type that first appeared on electric typewriters in the late 1950s (and used for a number of role-playing games in the 1970s and very early 80s), with a heavier hyphen, a bolder period, and of course a bucket of acid and a bicycle chain. Enjoy! 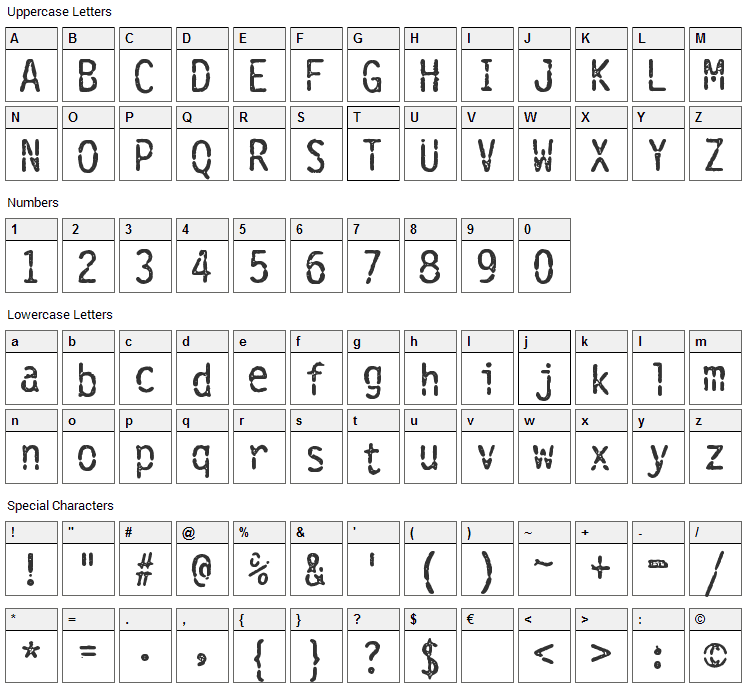 Vanthian Ragnarok is a fancy, eroded font designed by Cumberland Fontworks. The font is licensed as Free for personal use. You can download and use the font free for personal projects. For commercial projects please refer to the license file in the package or contact the designer directly from www222.pair.com.