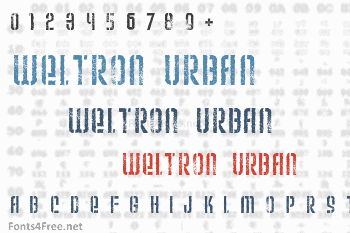 People like typefaces that look like they've been on something forever and just worn down to illegibility. I guess it gives it a little more stability behind the design. One way to do this is to design something and leave it out on the street for a couple weeks in a rough part of town. Yeah, you could go that route, or you could just download this remix of America's Favorite Font, Weltron. You wouldn't think making a font as hardcore as this that I would be sitting here jamming out to the Original Broadway Cast Recording of the musical Annie, but guess what? 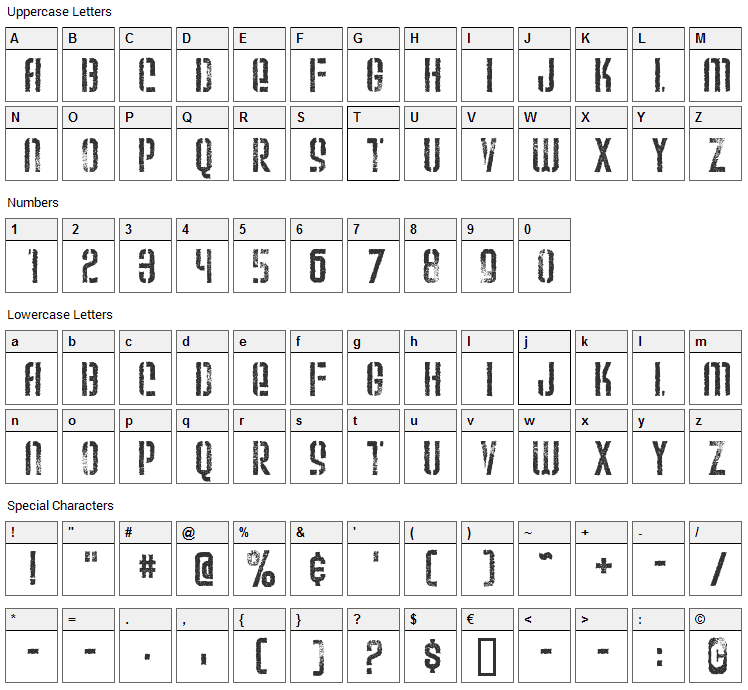 Submit a comment, question or review about Weltron Urban font

Weltron Urban is a fancy, stencil-army font designed by Fontalicious. The font is licensed as Free for personal use. You can download and use the font free for personal projects. For commercial projects please refer to the license file in the package or contact the designer directly from fontbros.com.

Weltron Urban font has been rated 1.0 out of 5 points. A total of 1 votes cast and 0 users reviewed the font. 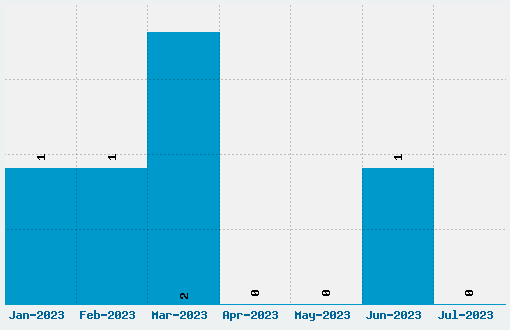