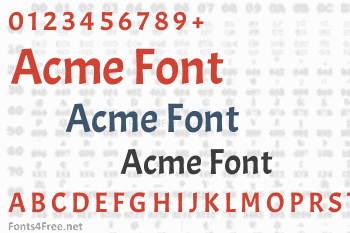 Acme is a condensed display typeface inspired by the visual language of classic cartoons and comics. It is designed to be used in headlines, and has a particular and groovy rhythm. The resulting texts are vivid but consistent, and its expressive characteristics work as well on screen as in print. The glyphs were each carefully designed, with top curve quality. It is well balanced, and carefully spaced by eye. 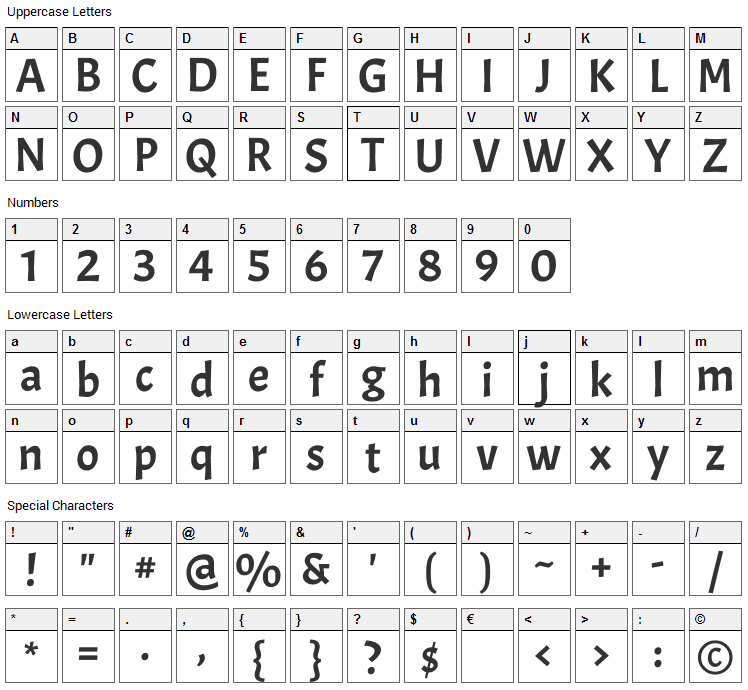 Submit a comment, question or review about Acme font

Acme is a basic, sans-serif font designed by Huerta Tipografica. The font is licensed under SIL Open Font License. The font is free for both personel and commercial usages, modification and distribution. In doubt please refer to the readme file in the font package or contact the designer directly from huertatipografica.com. 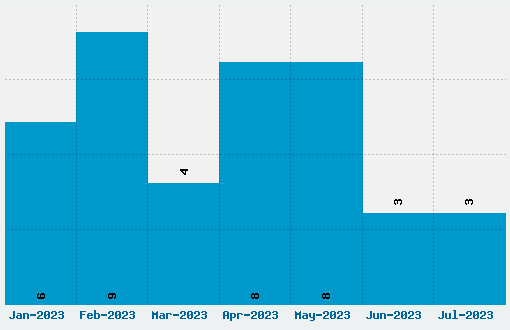