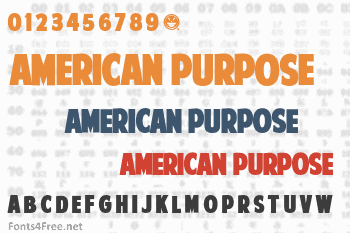 The captain America knows and loves best is back. This time his colors are shining brightly through in a brand new font that is uniquely designed to handle the overarching effects of that which you see in your mind and all that will be seen by those perusing your handiwork. What does that mean? It means this font was crafted to be arced, enveloped -- fit to the master path-round, if you will. But I must warn you ... the master's pride is quite large. Failure to comprehend the proper methods for enveloping otherwise stable vectors may lead to unpredictable and grossly unacceptable results. 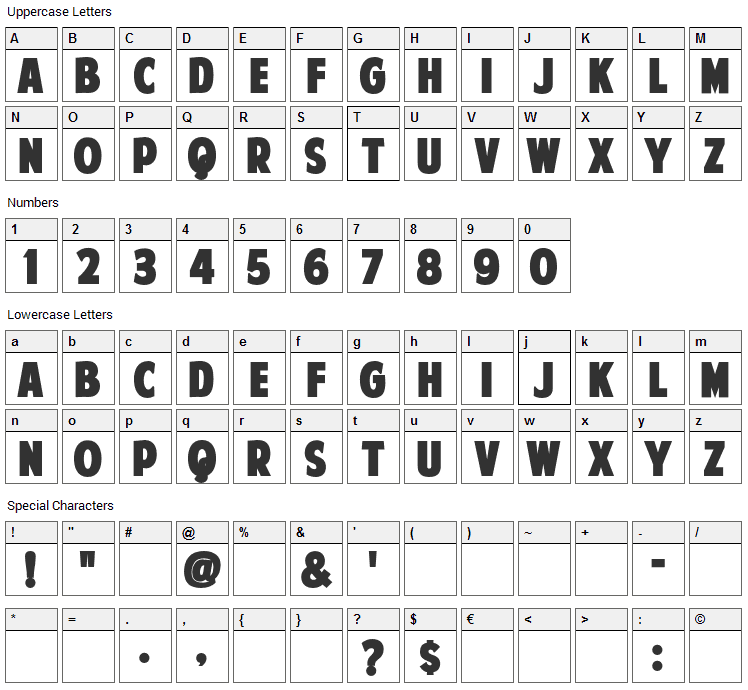 American Purpose is a basic, sans-serif font designed by Fontry. The font is licensed as Free for personal use. You can download and use the font free for personal projects. For commercial projects please refer to the license file in the package or contact the designer directly from thefontry.com.

American Purpose font has been rated 4.5 out of 5 points. A total of 2 votes cast and 0 users reviewed the font. 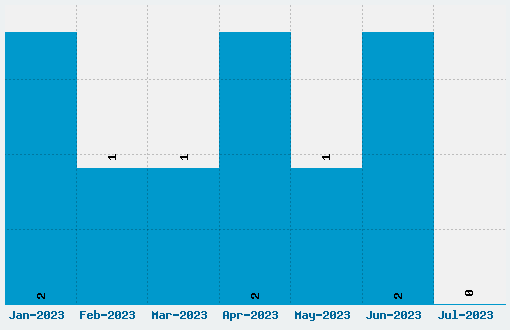