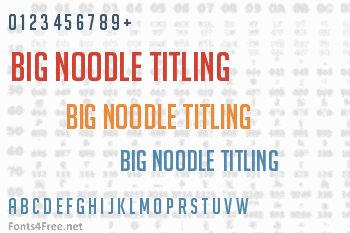 Hello, and thanks for downloading Big Noodle. Its a pretty simple formula and I stuck to it - a condensed linear all-caps font for titling, in an unassuming, squared style. To describe it as modern would be meaningless. 'Modern' started with Bodoni in the 19th century, and linears have been around since at least 1816. But its definitely 'industrial'. Its also very uniform and utilitarian. So bland and modular it can be used on almost anything, and that's the whole idea - its a general purpose font! 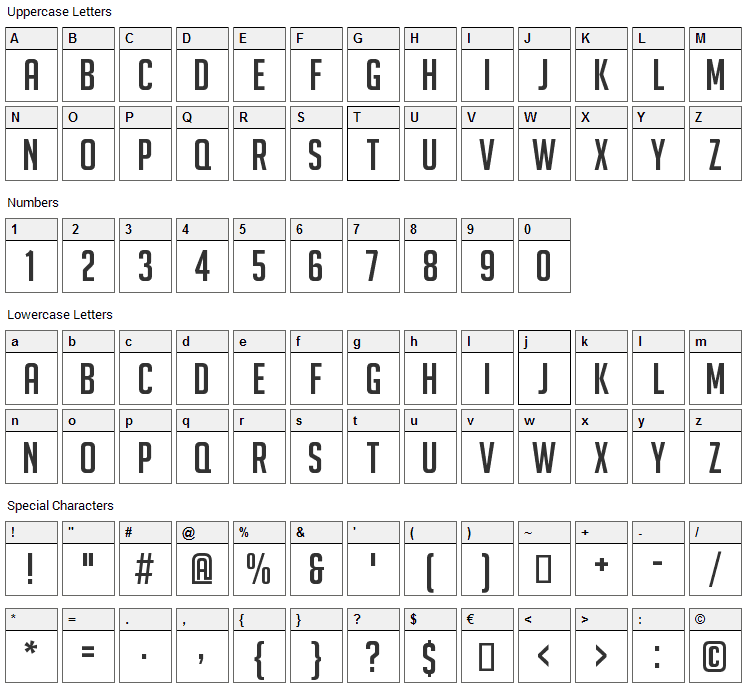 Copyright (c) James Arboghast/Sentinel Type, 2003. All rights reserved. This font is free and distributable. You may: a) use it free of charge for any personal or commercial purpose, b) email it to anybody, upload it to archive sites & bulletin boards and include it in CD & software collections free of charge provided the documentation is intact. c) make derivative works from it but GET MY PERMISSION FIRST: arboghast@hotmail.com You may not: a) charge money for it, b) make derivative works from it, rename it or claim it as your own work without my permission. Don't argue with me.

Big Noodle Titling is a basic, sans-serif font designed by Sentinel Type. The font is licensed as Free for personal use. You can download and use the font free for personal projects. For commercial projects please refer to the license file in the package or contact the designer directly from myfonts.com.

Big Noodle Titling font has been rated 5.0 out of 5 points. A total of 1 votes cast and 0 users reviewed the font. 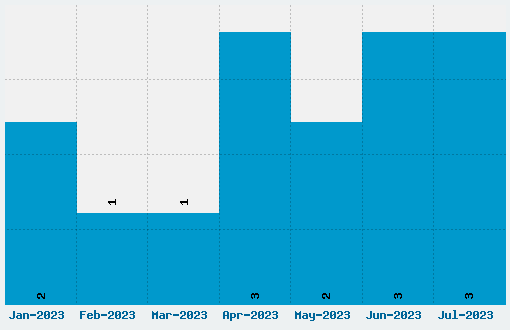