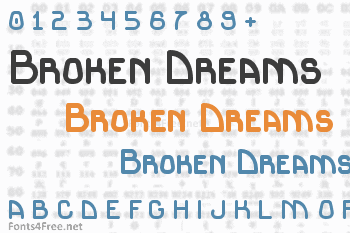 One or two taps of the alt keystroke combination of [Alt]+0131 will provide a little additional spacing to suit your taste after the upper case 'F' and 'T' characters in the event you are following those letters with another upper case letter.

I created this font in memory of Richard William Wright, the very talented keyboard player for Pink Floyd, who lost his battle with cancer on September 15, 2008 at the age of 65. The name of the font come from combining the names of his two solo works, "Broken China" and "Wet Dreams". 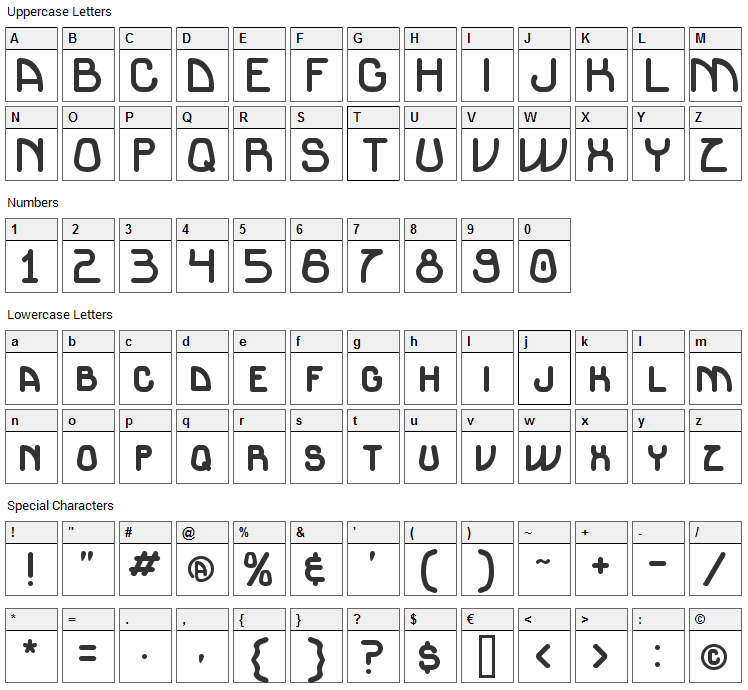 Submit a comment, question or review about Broken Dreams font

Broken Dreams is a techno, science-fiction font designed by GreyWolf Webworks. The font is licensed as Free for personal use. You can download and use the font free for personal projects. For commercial projects please refer to the license file in the package or contact the designer directly from greywolfwebworks.com.