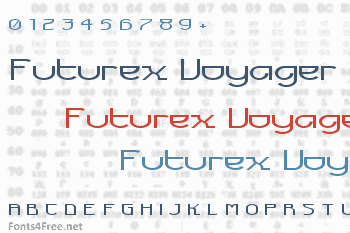 Graham Meade and Apostrophe are hoping these Futurex fonts will be the beginning of a universal type design project. Graham and Apostrophe believe that Futurex can undergo many more spins than the alternates and variations we have developed so far, so they would like you to exercise your imagination to add more fonts to the Futurex family. Graham and Apostrophe will be releasing more Futurex variations of their own in the future, but they would like everyone to participate in making Futurex the largest font family ever. They would like this to be the largest type cooperative ever made, with contributors from all over the world. This is my small contribution to this effort. 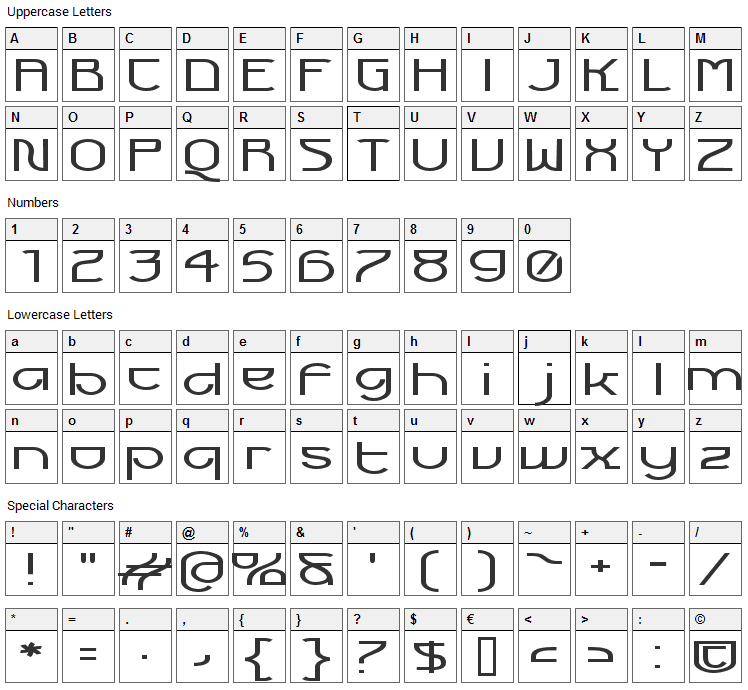 Submit a comment, question or review about Futurex Voyager font

Futurex Voyager is a techno, science-fiction font designed by GreyWolf Webworks. The font is licensed as Free for personal use. You can download and use the font free for personal projects. For commercial projects please refer to the license file in the package or contact the designer directly from greywolfwebworks.com. 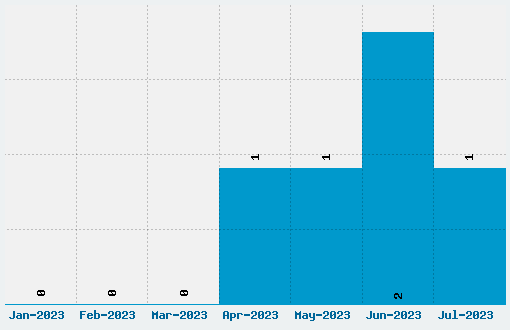