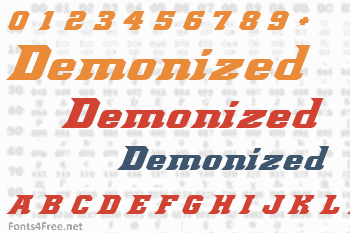 Demonized is the freeware version of a font named "Blue Demon" that I originally made for DePaul University. It's a long story, but I'll give you the condensed version to explain why I am distributing an improved version of the font for free.

Back in 1999, I was contacted by DePaul University to see what I would charge them to make a true type font for them. I told them, as you might expect, it would be $0.00, as are all of my fonts. They were pleasantly shocked and took me up on my offer. Several months, and many e-mails (some answered, some not) later, I finally was able to get enough information from them to created the "Blue Demon" font. After they supplied several defective EPS files (which would not open), I gave up and created the font from scratch.

In November of 1999, I completed a "beta" version of the font and e-mailed it to them for their evaluation of the characters, spacing, etc. In spite of repeated e-mail inquiries throughout 2000, I never receive a reply as to whether the font was acceptable. No "Thanks, it's just what we wanted." No "Your font sucks, take a hike bozo!" No nuthin'! I had been "Demonized" and now you can be too!

And, if your from DePaul and want to know who so poorly represents your university with outside vendors, I have names, dates and all pertinent correspondence. 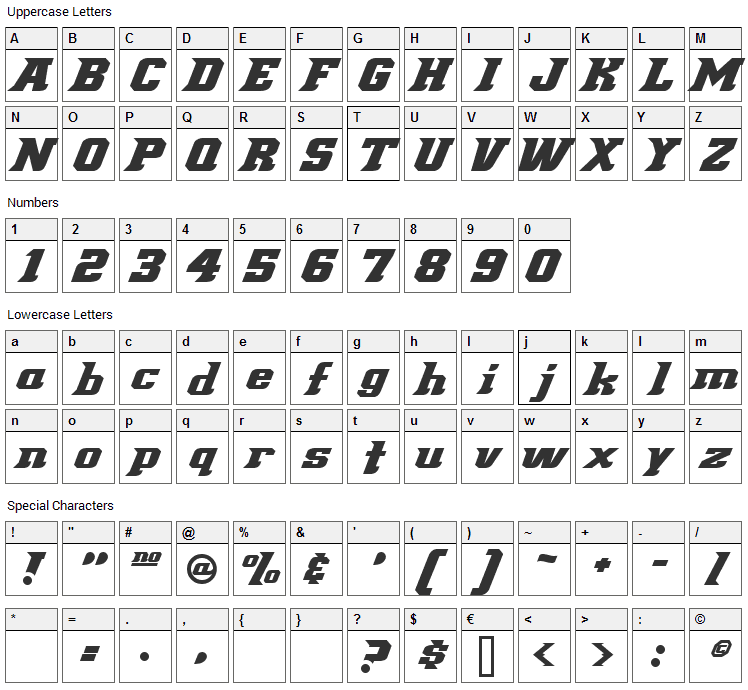 Submit a comment, question or review about Demonized font

Demonized is a techno, science-fiction font designed by GreyWolf Webworks. The font is licensed as Free for personal use. You can download and use the font free for personal projects. For commercial projects please refer to the license file in the package or contact the designer directly from greywolfwebworks.com.

Demonized font has been rated 4.5 out of 5 points. A total of 32 votes cast and 0 users reviewed the font. 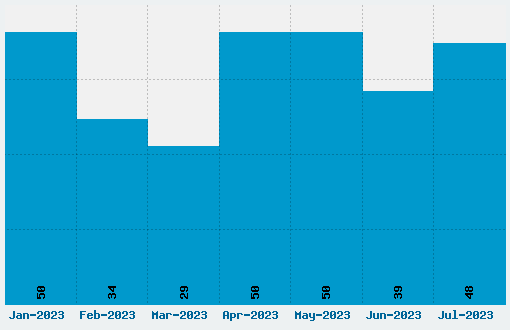