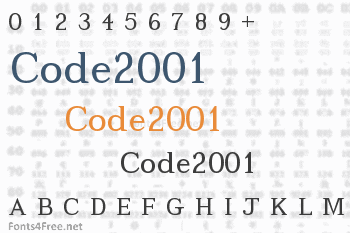 Code2001 is a Plane 1 Unicode-based font (TTF). The font is correctly encoded for Plane 1 per the latest TTF/OTF specifications. Both Apple and Microsoft now include specifications for cmap format 12 at their respective typography web sites. Code2001 works on Windows 2000, but may not work on older operating systems. Mac OS X supports Unicode's higher planes and Code2001 will work with certain applications (see below for further Mac information).

Code2001 presently includes Aegean Numbers, Cirth, Counting Rod Numerals, Cypriot Syllabary, Deseret, Domino Tiles, Ewellic, Gothic, Grantha, Linear B Ideograms, Linear B Syllabary, Lisu Supplement [which consists of one character], Mathematic Alphanumeric Symbols, Miao, Old Italic, Old Persian Cuneiform, Osmanya, Pahawh Hmong, Phaistos Disk, Phoenician, Shavian, Symbols for Legacy Computing, Tai Xuan Jing Symbols, Tengwar, and Ugaritic. Provisional scripts are encoded in Private Use Areas. ISO-8859-01 is included for backwards compatibility (and because it is required by the specifications). As in the last few versions -- rough glyphs for many of the scripts which were recently added to Unicode are now found in the font. These rough, filler glyphs were added quickly in order to enable testing of these additions. These rough glyphs will be improved as time allows, meanwhile they should be better than those little squares. 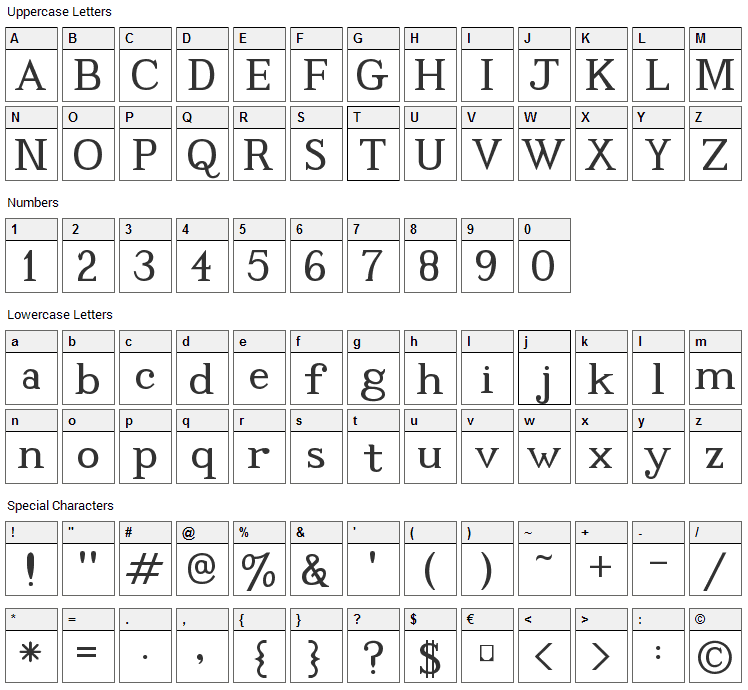 Code2001 began as an experimental Plane 1 Unicode based font. It is one of the first publicly available fonts covering characters beyond the Basic Multilingual Plane of Unicode. Code2001 is an extension of the Code2000 font.

Submit a comment, question or review about Code2001 font

Code2001 is a basic, various font designed by James Kass. The font is licensed as Free. The font is free for both personel and commercial usages. In doubt please refer to the readme file in the font package or contact the designer directly from code2001.com. 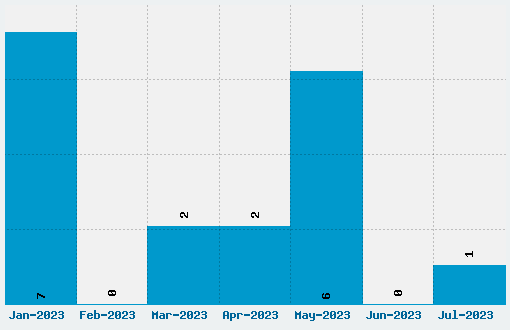