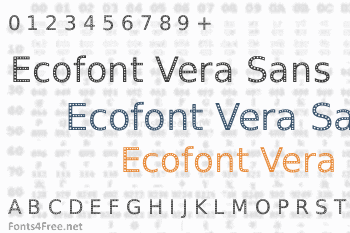 The prints we make for our 'daily use' not only use paper, but also ink. According to SPRANQ creative communications (Utrecht, The Netherlands) your ink cartridges (or ink toner) could last longer. SPRANQ has therefore developed a new font: the Ecofont.

"After Dutch holey cheese, there now is a Dutch font with holes as well."

Appealing ideas are often simple: how much of a letter can be removed while maintaining readability? After extensive testing with all kinds of shapes, the best results were achieved using small circles. After lots of late hours (and coffee) this resulted in a font that uses up to 15% less ink. Free to download, free to use. 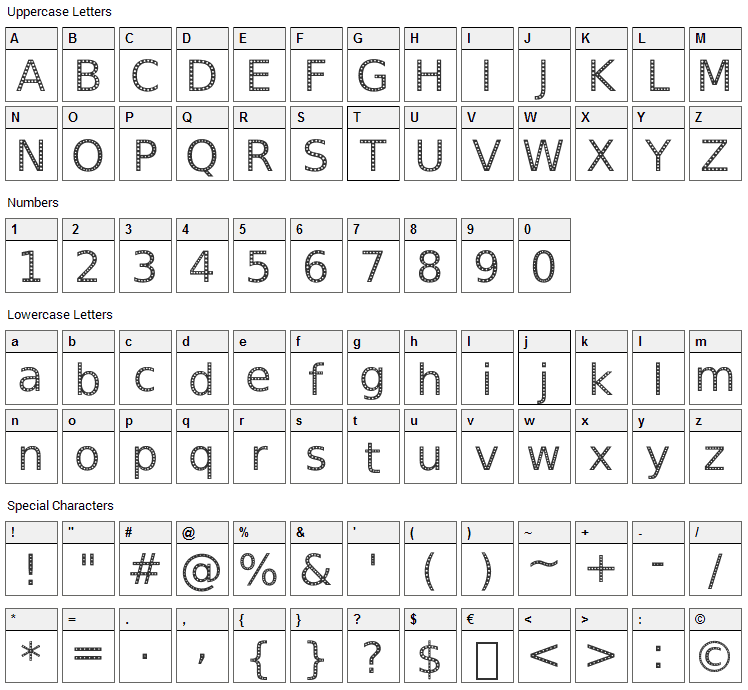 Ecofont Vera Sans is a basic, various font designed by Spranq. The font is licensed as Free. The font is free for both personel and commercial usages. In doubt please refer to the readme file in the font package or contact the designer directly from ecofont.com.

Ecofont Vera Sans font has been rated 4.5 out of 5 points. A total of 2 votes cast and 0 users reviewed the font. 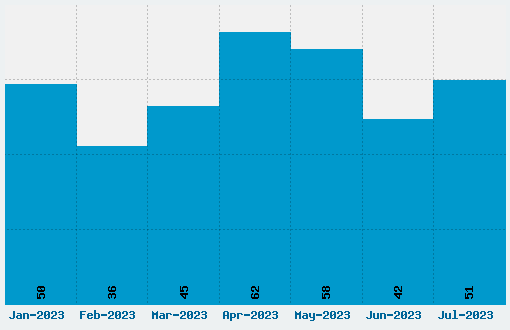