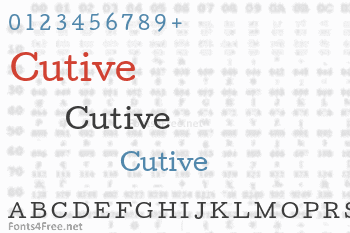 The design of Cutive, and this monospace sister family Cutive Mono, is based on a number of classic typewriter typefaces, in particular the faces of IBM's 'Executive, ' and the older 'Smith-Premier.' In Cutive these old faces re-emerge as webfonts that are useful for adding character to body texts as well as in larger sizes for headers and display. 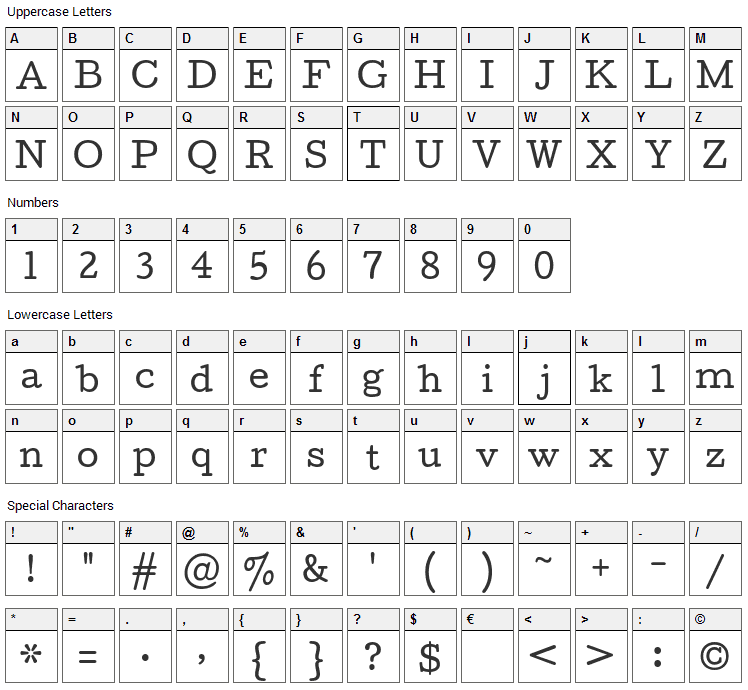 Submit a comment, question or review about Cutive font

Cutive is a basic, serif font designed by Vernon Adams. The font is licensed under SIL Open Font License. The font is free for both personel and commercial usages, modification and distribution. In doubt please refer to the readme file in the font package or contact the designer directly from plus.google.com.

Cutive font has been rated 5.0 out of 5 points. A total of 1 votes cast and 0 users reviewed the font. 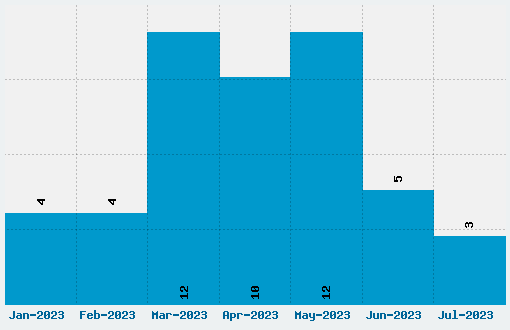