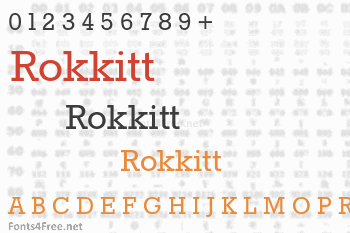 Rokkitt is inspired by the type forms of a number of distinctive geometric slab serifs, sometimes called 'Egyptians', of the late nineteenth and early to mid twentieth century.

In 1910 the Inland type foundry published Litho Antique, and similar types were published by American Type Founders in the 1920s and Monotype Corporation in the 1930s.

Rokkitt is designed specifically as a display font for headings and headlines, though it can also be usefull as an alternative to sans serif text fonts. 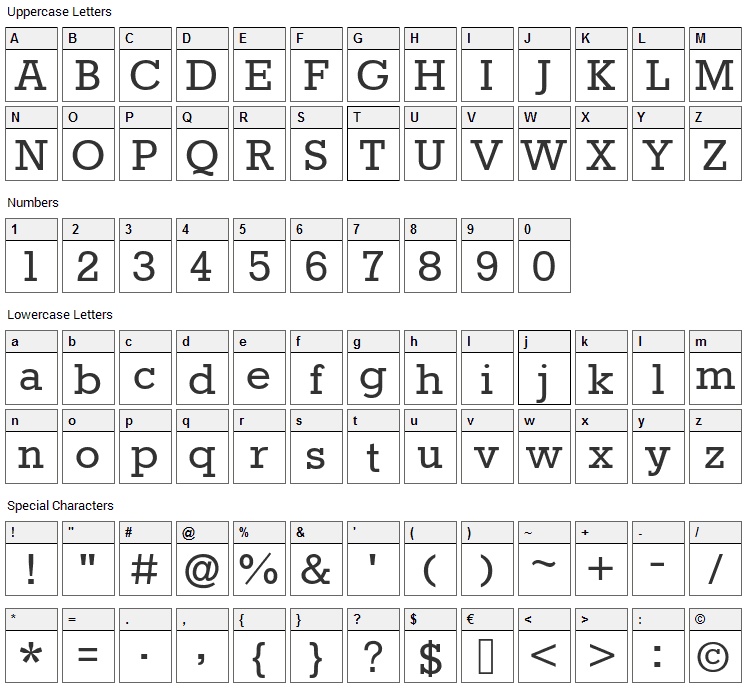 Submit a comment, question or review about Rokkitt font

Rokkitt is a basic, serif font designed by Vernon Adams. The font is licensed under SIL Open Font License. The font is free for both personel and commercial usages, modification and distribution. In doubt please refer to the readme file in the font package or contact the designer directly from plus.google.com. 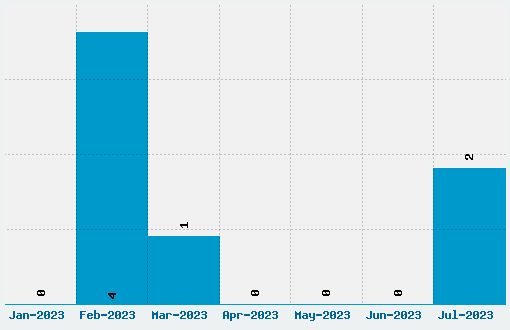