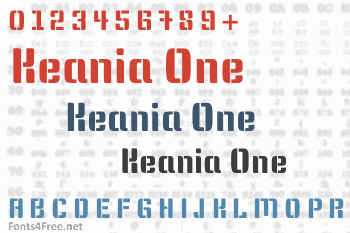 Keania is a re-development of Kenia. As a stencil font its idea stems from experiences of travel and life in Kenya, especially from the large lettering seen on shop fronts and market stands.

The shapes play with sharp and soft corners and create a rhythmic pattern of black and white. This font is great for magazine headings, adverts and sporty content. 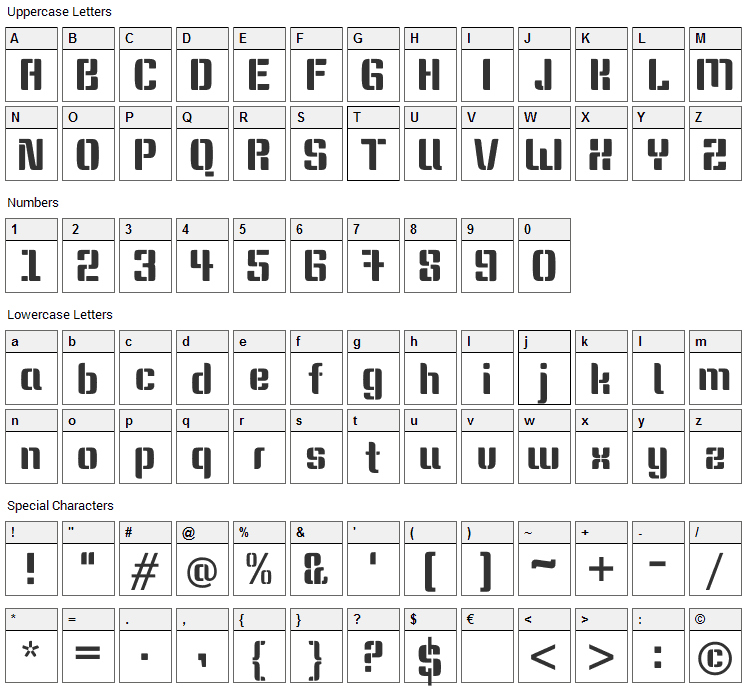 COMMENTS & QUESTIONS ABOUT KEANIA ONE FONT

Keania One is a fancy, stencil-army font designed by Julia Petretta. The font is licensed under SIL Open Font License. The font is free for both personel and commercial usages, modification and distribution. In doubt please refer to the readme file in the font package or contact the designer directly from juliapetretta.net.

Keania One font has been rated 5.0 out of 5 points. A total of 1 votes cast and 0 users reviewed the font. 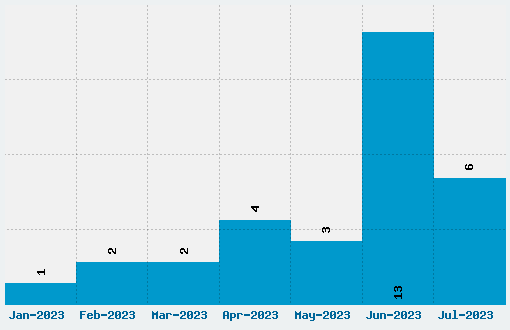