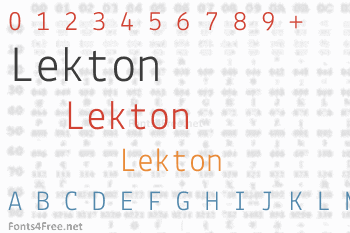 Lekton has been designed at ISIA Urbino, Italy, and is inspired by some of the typefaces used on the Olivetti typewriters.

This typeface has been designed in 8 hours, and was inspired by some of the typefaces used on the Olivetti typewriters.

The glyphs are 'trispaced.' It means that the space are modular, 250, 500, 750, this allow a better spacing between characters, but allow also a vertical alignment similar to the one possible with a monospaced font. We were thinking it was a bright new idea, but we discovered that was usual for Olivetti typewriters working with 'Margherita.' 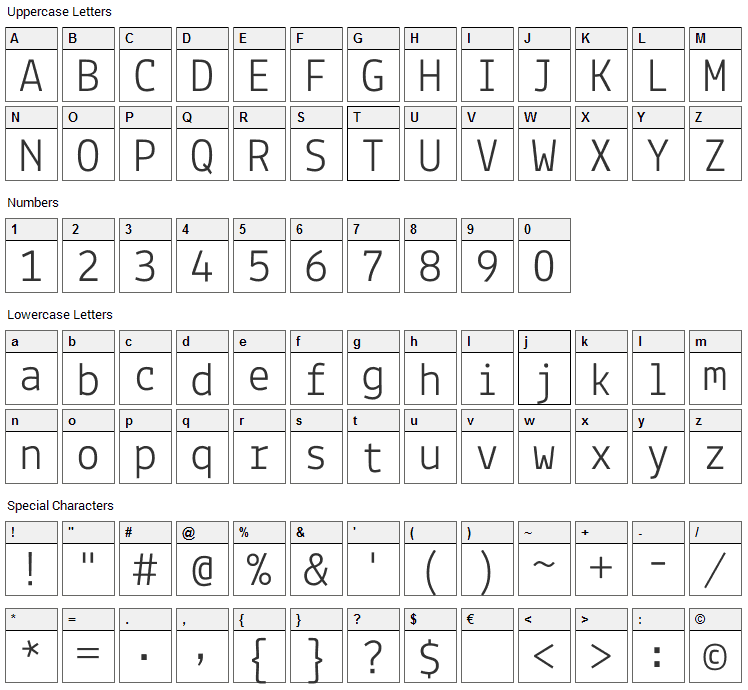 Submit a comment, question or review about Lekton font

Lekton is a basic, fixed-width font designed by ISIA Urbino Students. The font is licensed as Free for personal use. You can download and use the font free for personal projects. For commercial projects please refer to the license file in the package or contact the designer directly from lekton.blog.isiaurbino.it. 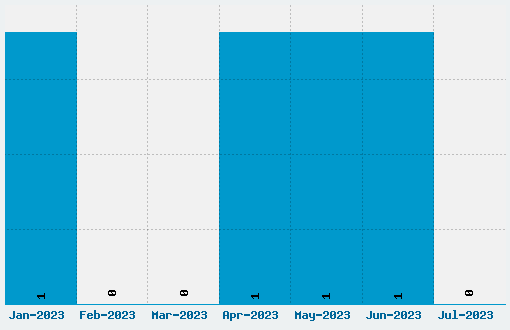