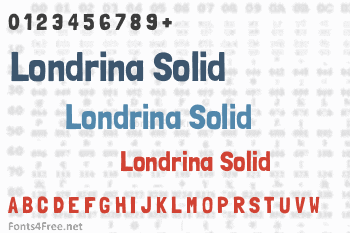 The Londrina super family is composed of 4 family styles: Londrina Solid, Londrina Shadow, Londrina Outline, and Londrina Sketch. You can combine the main style, Solid, with the others to create different effects. The origins of the Londrina typeface project is in the streets of Sao Paulo, Brazil: Urban confusion. Initially I designed the "New Folk" for use in a poster, with only uppercase letters. I saw at the start some potential for a typeface that could recall the feelings of the writing used day-to-day in my city's informal communication, and developed it into a typeface family with lowercases too. This is the Londrina Solid member of the Londrina family. 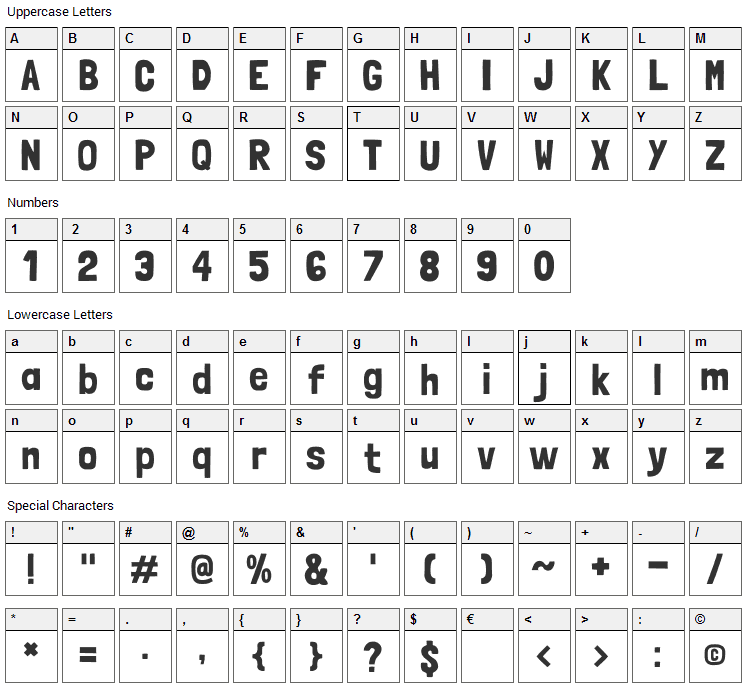 Submit a comment, question or review about Londrina Solid font

Londrina Solid is a basic, various font designed by Marcelo Magalhães. The font is licensed under SIL Open Font License. The font is free for both personel and commercial usages, modification and distribution. In doubt please refer to the readme file in the font package or contact the designer directly from plus.google.com.

Londrina Solid font has been rated 1.0 out of 5 points. A total of 1 votes cast and 0 users reviewed the font. 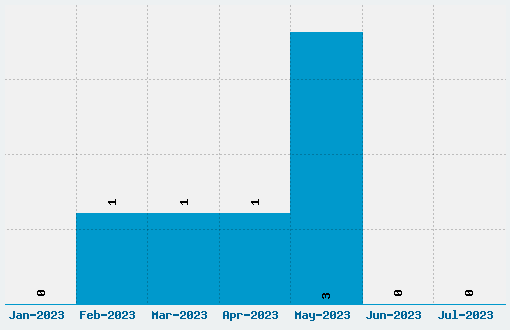