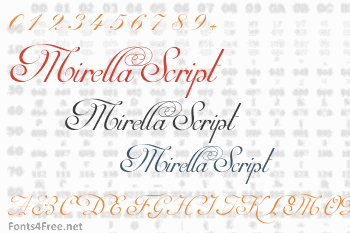 Mirella Script is a modern and clean approach of the classic French Bastarde script style. Mirella has the follow resources :

- a tour-de-force kerning work: almost 700 gliphs in this font was adjusted to your kern pairs handly.

In non-OpenType-savvy applications it works well as an unusual and beautiful script style font. We ever suggest the use of the glyph palette to find ideal solutions to specific designs, because the high number of gliphs. The sample illustrations will give you an idea of the possibilities. You have full access to this amazing stuff using InDesign, Illustrator, QuarkXpress and similar software. More... 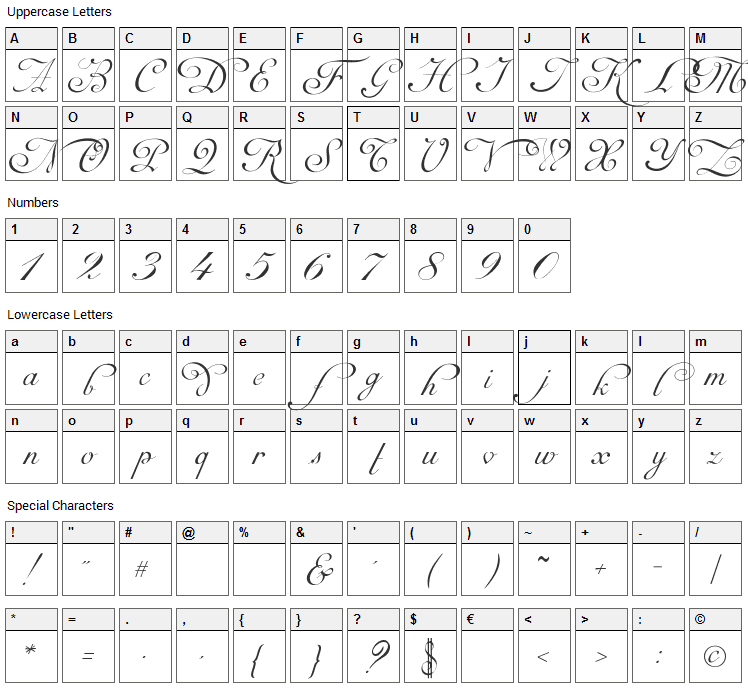 Submit a comment, question or review about Mirella Script font

Mirella Script is a script, calligraphy font designed by Intellecta Design. The font is licensed as Free for personal use. You can download and use the font free for personal projects. For commercial projects please refer to the license file in the package or contact the designer directly from new.myfonts.com. 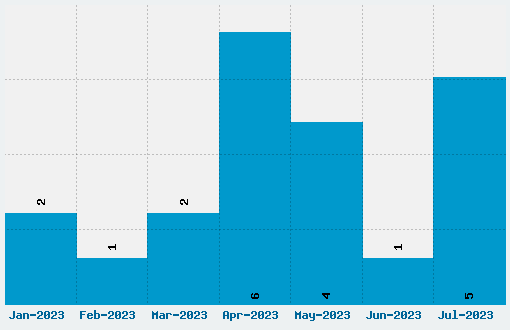