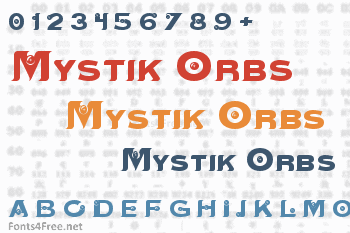 The character set includes: All Upper and Lower case letters and numbers. The majority of punctuation and international characters. Note: The keystroke ` (grave) is a special spacing element to be used between character combinations such as "Th" to obtain whatever desired spacing you want to achieve.

"Mystik Orbs" was born out of a request from my wife for a font for her boss to be named after him. His name is Schwarz. So I made this font with little "Space Balls" in it and was going to title it "May the Schwarz" ..... as in "May the Schwarz be With You" from the movie Space Balls. She didn't think he would like the play on his name, so to heck with him. This font's for you, world! 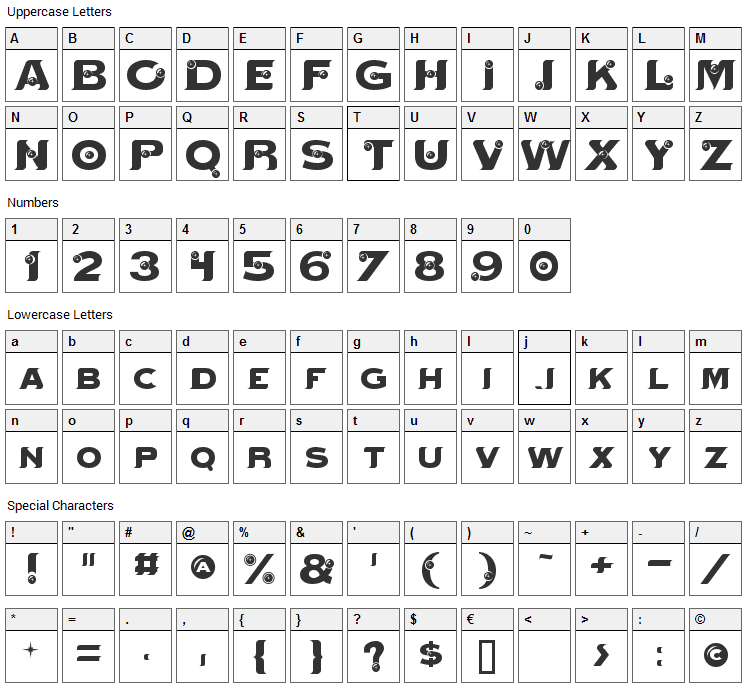 Submit a comment, question or review about Mystik Orbs font

Mystik Orbs is a fancy, decorative font designed by GreyWolf Webworks. The font is licensed as Free for personal use. You can download and use the font free for personal projects. For commercial projects please refer to the license file in the package or contact the designer directly from greywolfwebworks.com. 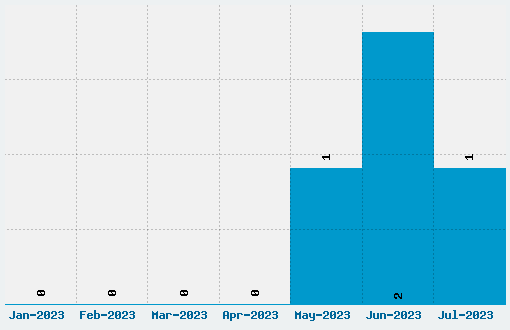