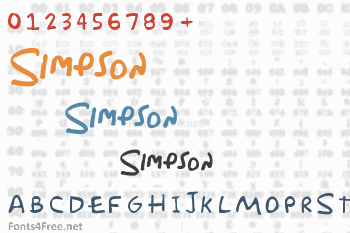 Hey there Simpson fans. This font was originally named Ackbar and created in 1996 by a man named Jon Bernhardt. I have added it in this zip file so he receives full credit. It clones the famous handwriting of Matt Groening, father of my favorite show and longest running series, The Simpsons! I have gone back into it and added characters that were featured in the later well recognized logo. (not the one that comes through the clouds at the very beginning of each episode.) My hat off to him on a job well done. Only special trick is spelling out "the" in smaller scale by pressing the asterisk key ( * ). Once again, i DO NOT take credit for this font's creation, only it's remastering. 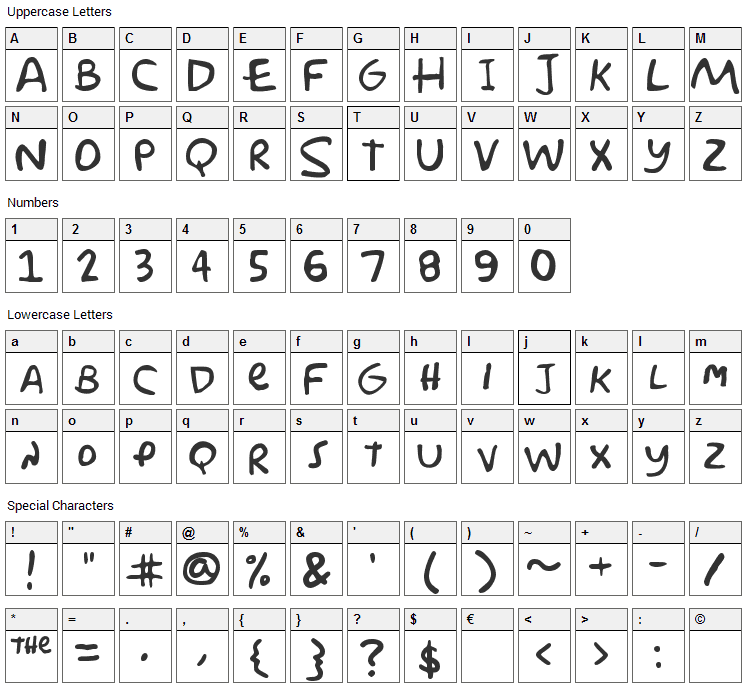 "Thank you for this"
—PatSimpson

Submit a comment, question or review about Simpson font

Simpson is a script, handwritten font designed by Sharkshock. The font is licensed as Free for personal use. You can download and use the font free for personal projects. For commercial projects please refer to the license file in the package or contact the designer directly from sharkshock.net.

Simpson font has been rated 5.0 out of 5 points. A total of 4 votes cast and 1 users reviewed the font. 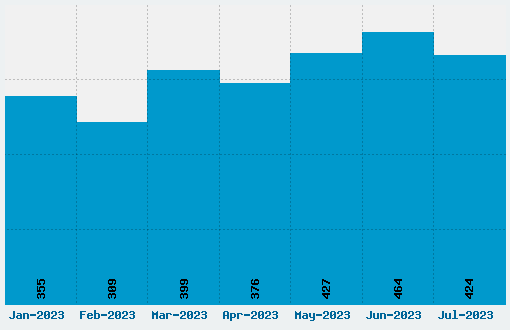