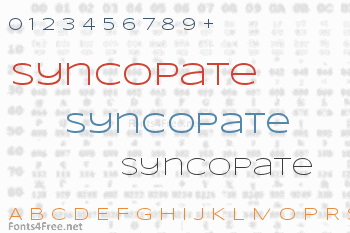 Syncopate was designed in 2010 as a headline and display typeface.

Light in weight with a wide body width, it is a unicase design where the traditional lowercase x-height has been abandoned and a single uppercase height rules the design of all of the alpha and numeric glyphs. Some uppercase glyphs are copied to their lowercase slots, where other lowercase glyphs such as the a, e, and r, are scaled up to uppercase heights. This motif allows for a vast array of setting possibilities.

Though intended for display, Syncopate does work well for limited text runs. The letter forms are a modern and stylish sans serif inspired by the many trendy sans serif typefaces that are so prevalent today. The lighter weight and wide body impart a certain level of elegance, while the unicase approach keeps the look lively and fresh. 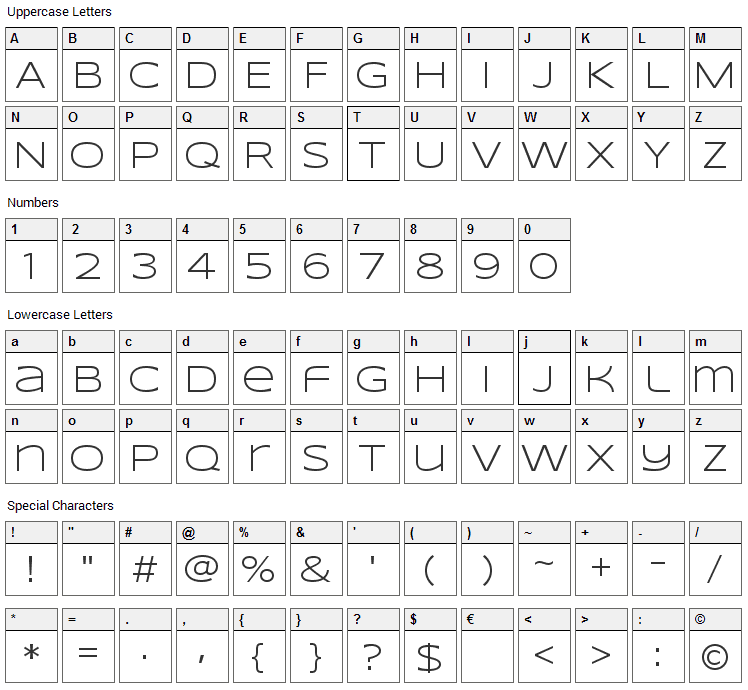 Syncopate is a basic, sans-serif font designed by Astigmatic. The font is licensed under Apache License. The font is free for both personel and commercial usages, modification and distribution. In doubt please refer to the readme file in the font package or contact the designer directly from astigmatic.com. 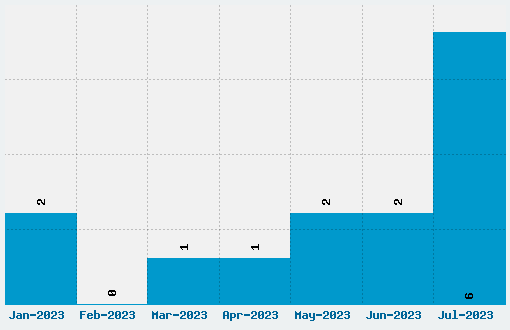