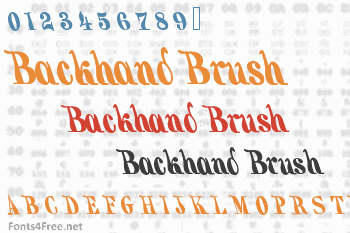 Backhand Brush is my re-creation of a classic 19th-century style of hand lettering. Like some Victoriana and Art Nouveau fonts, it was revived in the psychedelic era. My font is completely redrawn from a guide to hand-lettering, not a font. I have regularized it somewhat (maintaining a constant 18-degree slant) but also tried to keep a slightly random brush feel. Includes upper and lowercase, numbers, punctuation, and international characters. 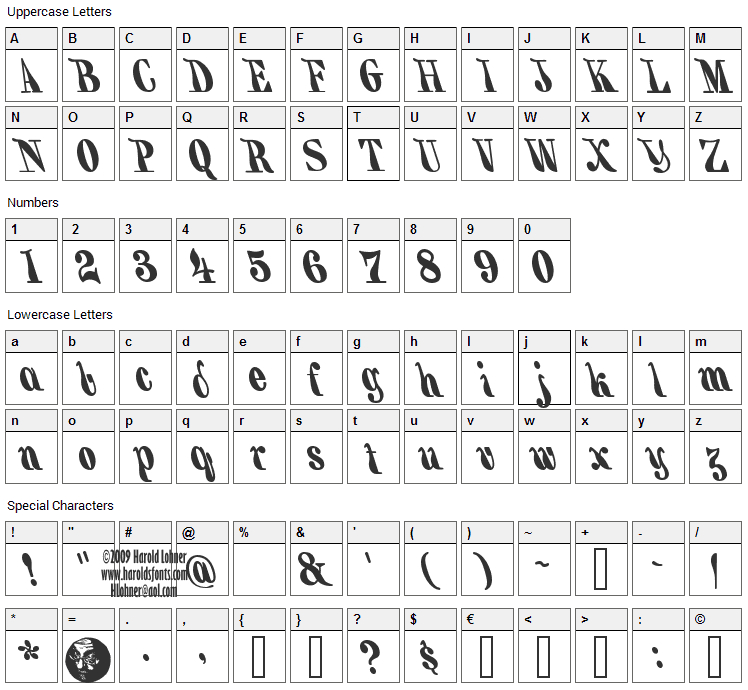 Submit a comment, question or review about Backhand Brush font

Backhand Brush is a script, handwritten font designed by Harolds Fonts. The font is licensed as Free. The font is free for both personel and commercial usages. In doubt please refer to the readme file in the font package or contact the designer directly from haroldsfonts.com. 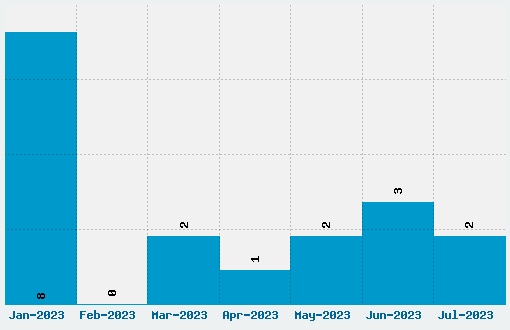