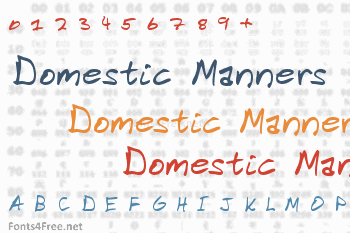 This font is basically my handwritting. Why anyone would want to use my crappy handwritting for anything, I can't say. It would be a good way to forge a note from me I guess. Anyway, use it for whatever you want, its released under the GPL so change it if you need to. The name come from the book Domestic Manners of the Americans, by Fanny Trollope. 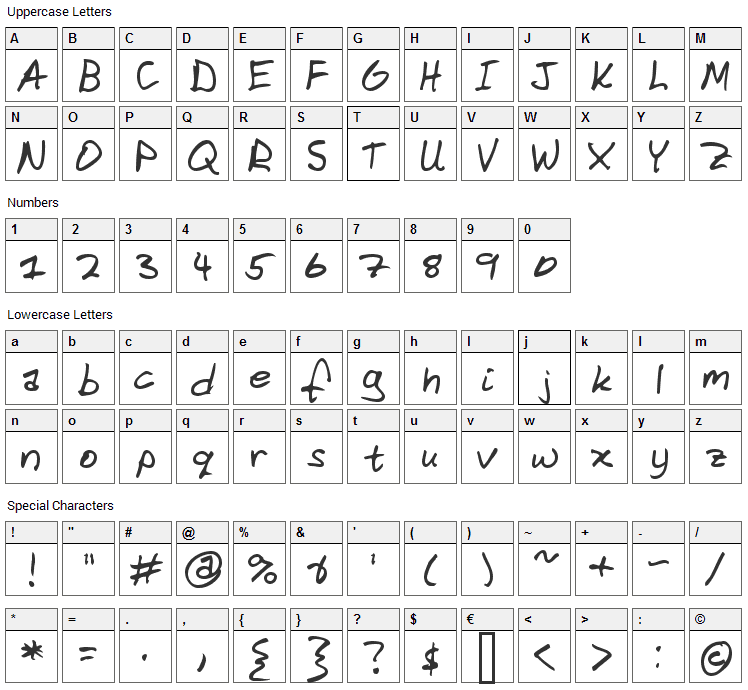 Submit a comment, question or review about Domestic Manners font

Domestic Manners is a script, handwritten font designed by Cheapskate Fonts. The font is licensed as Public Domain / GPL / OFL. Public domain fonts are free of known copyright restrictions because intellectual property rights have been forfeited by the respective author or property rights have expired. The font is free for both personel and commercial usage. For your questions, please contact the designer directly

Domestic Manners font has been rated 1.0 out of 5 points. A total of 1 votes cast and 0 users reviewed the font. 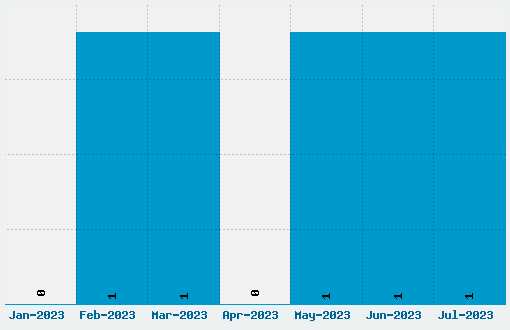