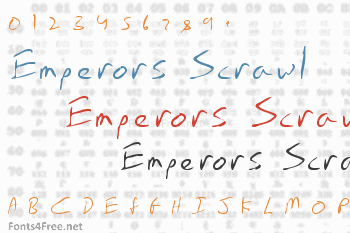 Now you can forge The Claw's own fiendish handwriting and release Imperial Orders with all the power, majesty, and authority of The Claw himself. The little drawings inserted for the [ and ] keys are Jack and Bert, respectively, two characters from The Claw's ongoing comic strip "Tales Of The Illuminati". Now you, too can tell funny stories about the secret cabal that really rules the world! This font is freeware. 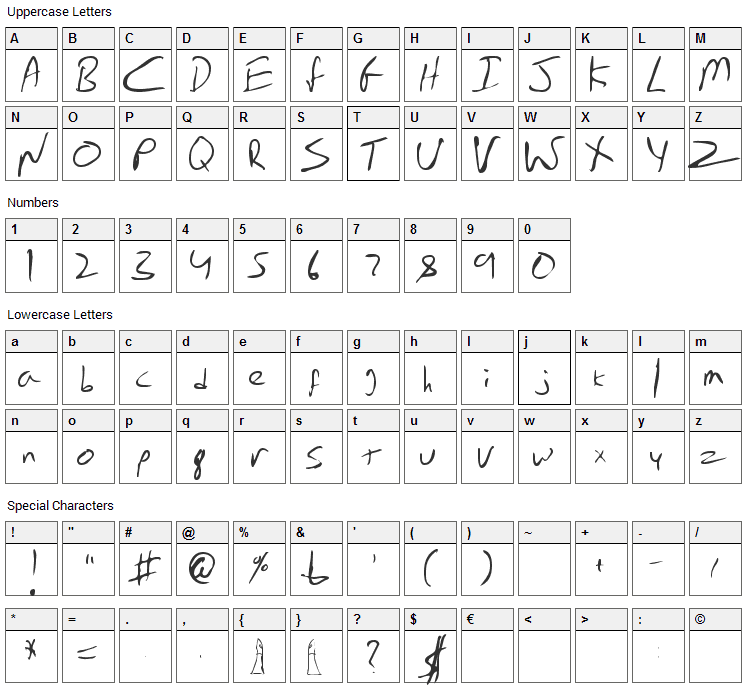 Emperors Scrawl is a script, handwritten font designed by The Empire of the Claw. The font is licensed as Free. The font is free for both personel and commercial usages. In doubt please refer to the readme file in the font package or contact the designer directly from empire-of-the-claw.com. 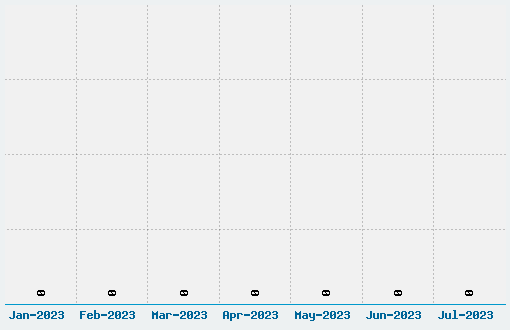