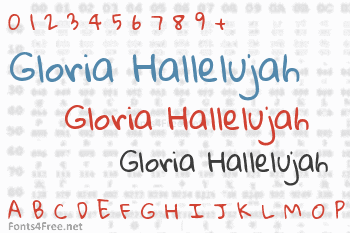 This font is based on the handwriting of a Korean high school student. It is fun and reminds me of a comic style writing. It looks great in all caps and is easy to read. 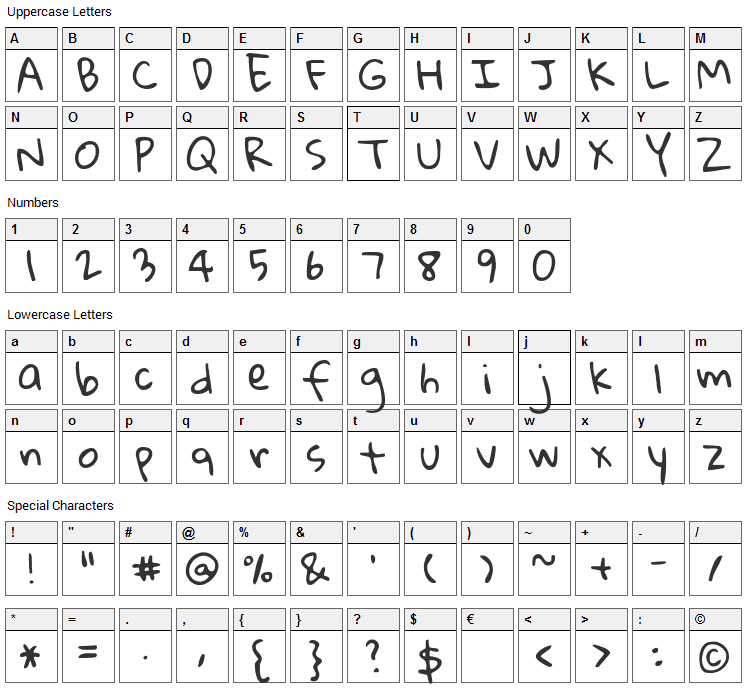 Gloria Hallelujah is a script, handwritten font designed by Kimberly Geswein. The font is licensed under SIL Open Font License. The font is free for both personel and commercial usages, modification and distribution. In doubt please refer to the readme file in the font package or contact the designer directly from kimberlygeswein.com.

Gloria Hallelujah font has been rated 4.7 out of 5 points. A total of 6 votes cast and 0 users reviewed the font. 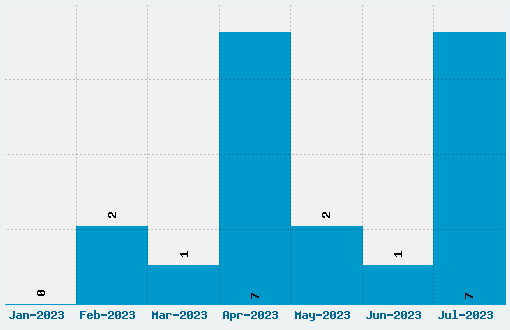