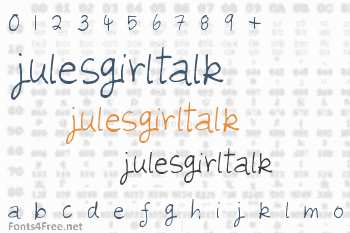 Julesgirltalk was designed with my teenage neices in mind. The whole alphabet is in lower case and has little pictures instead of upper case, which could be typed out and included in between sentences or even as a kind of secret code.

Julesart fonts are available free except for commercial use from: http://www.urgentartwork.co.nz 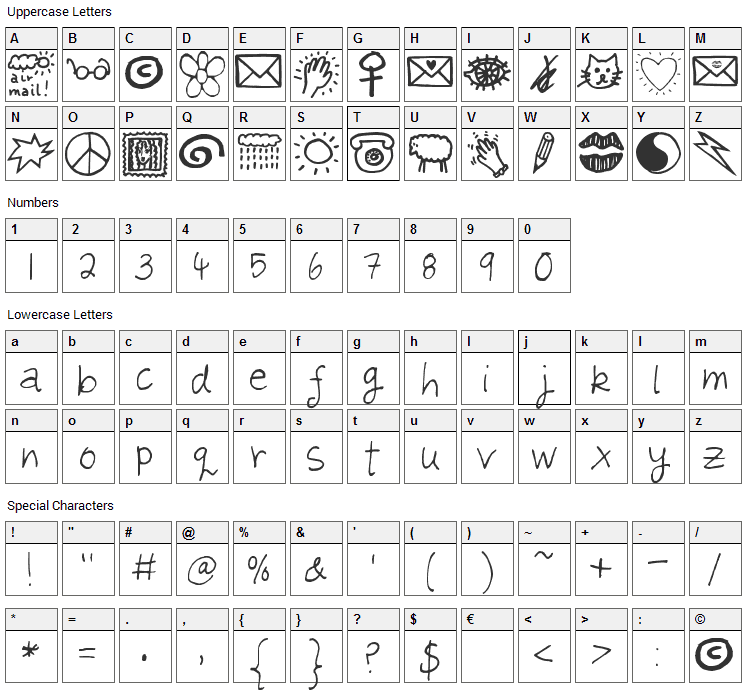 Julesgirltalk is a script, handwritten font designed by Julianne Emerald Pearce. The font is licensed as Free for personal use. You can download and use the font free for personal projects. For commercial projects please refer to the license file in the package or contact the designer directly from urgentartwork.co.nz.