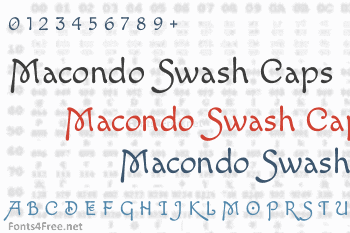 Macondo. The first purpose of this typeface was to provide an original and systematized style of calligraphy adapted into a modern digital font. The forms are inspired by some illustrations created for a tarot card game, itself inspired by the work of Colombian literature Nobel prize winning author, Gabriel García Márquez, «Cien Años de Soledad». Early versions of this font were made in 1997, but recently in 2009 it was substantially improved. Macondo includes several cap swashes and other stylish alternates, and this is a sister family, Macondo Swash Caps. 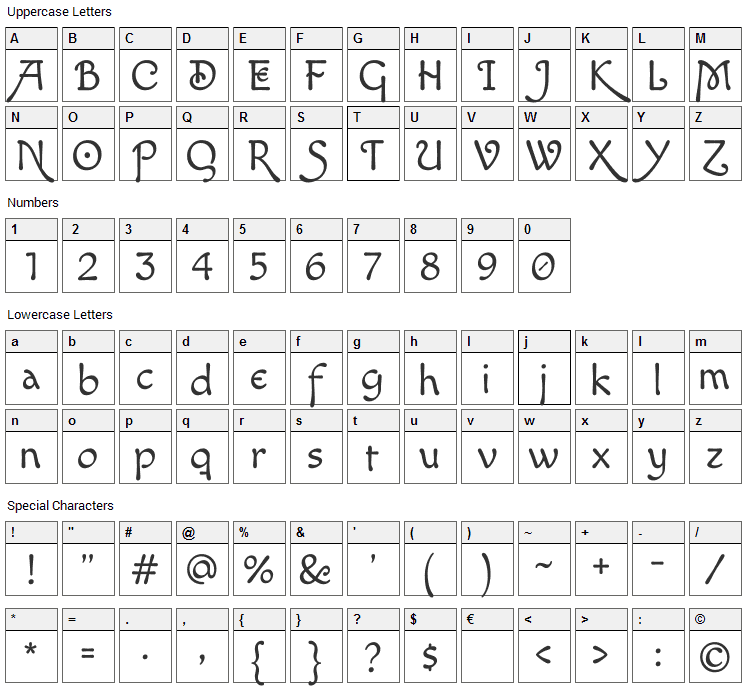 Macondo Swash Caps is a script, various font designed by John Vargas Beltrán. The font is licensed under SIL Open Font License. The font is free for both personel and commercial usages, modification and distribution. In doubt please refer to the readme file in the font package or contact the designer directly from plus.google.com.

Macondo Swash Caps font has been rated 5.0 out of 5 points. A total of 2 votes cast and 0 users reviewed the font. 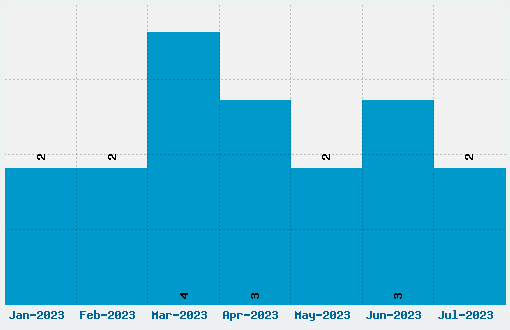