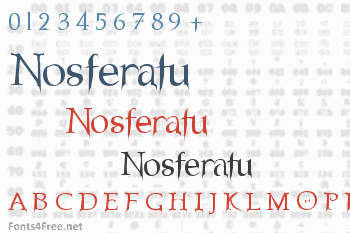 A font for the living impaired. This font was spawned by a long weekend, too many Bauhaus albums, an issue of Permission magazine, and an NNTP connection to alt.gothic. It was fun to do. I hope it conveys that brooding sort of 1920's silent horror film feel. Hopefully soon I'll be releasing other versions in this family, including Nosferatu oblique, Nosferatu condensed, and maybe even Nosferatu black. 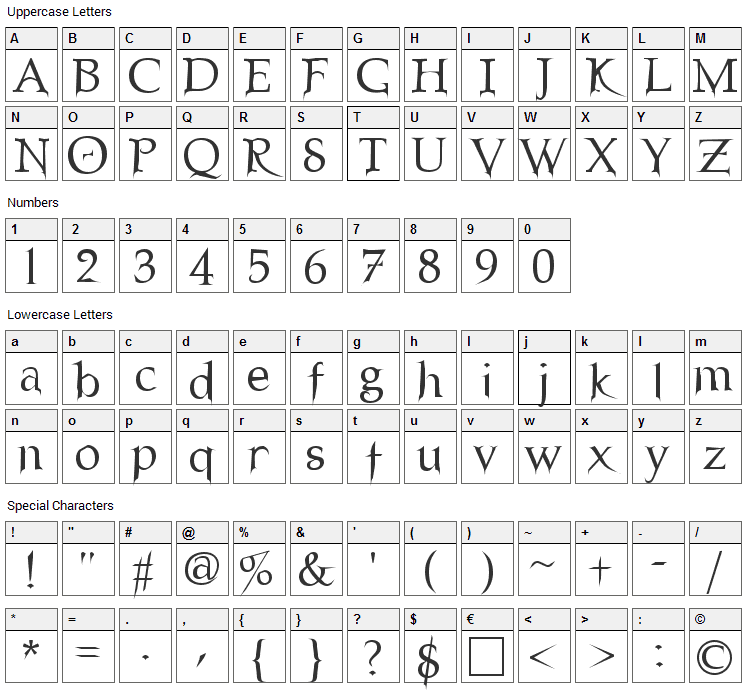 Submit a comment, question or review about Nosferatu font

Nosferatu is a gothic, various font designed by Kiwi Media. The font is licensed as Shareware. The font is available as a trial. A payment is required for commercial or personel usage. There may be some missing characters in the font demo. For your questions, please refer to the readme file in the font package or contact the designer directly from kiwi-media.com. 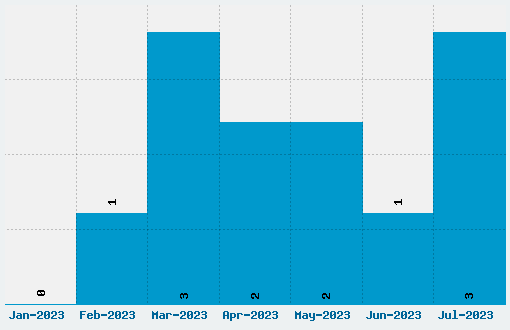