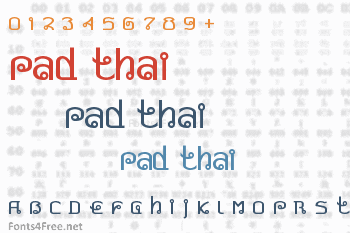 PAD THAI is my attempt at a Roman alphabet font that simulates the look of Thai script. The Thai alphabet is syllabic with 44 consonants. Most of the characters include a small loop, there is only once case, diacritic marks are used to indicate vowels and tones, and spaces are not used between words. These characteristics create a striking texture that I have tried to suggest with this font. 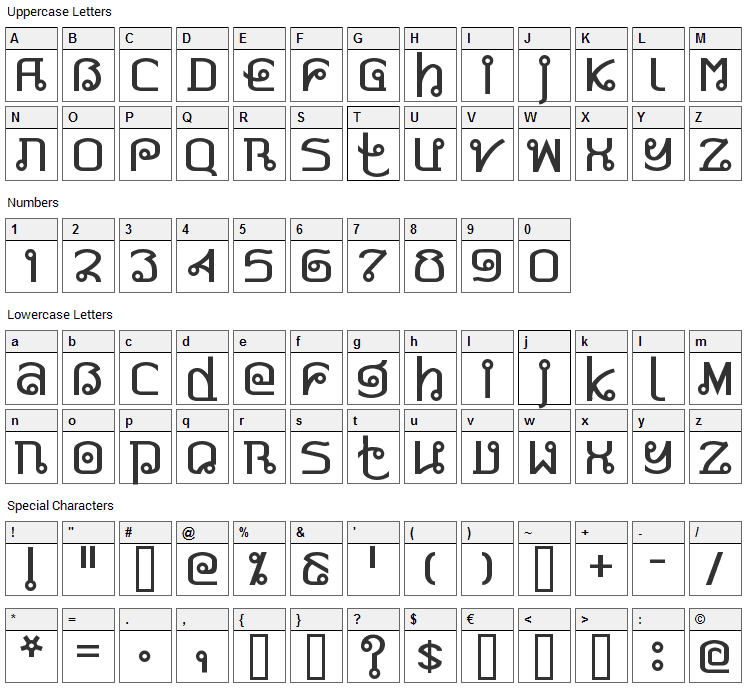 Submit a comment, question or review about Pad Thai font

Pad Thai is a foreign-look, various font designed by Harolds Fonts. The font is licensed as Free. The font is free for both personel and commercial usages. In doubt please refer to the readme file in the font package or contact the designer directly from haroldsfonts.com.

Pad Thai font has been rated 5.0 out of 5 points. A total of 1 votes cast and 0 users reviewed the font.