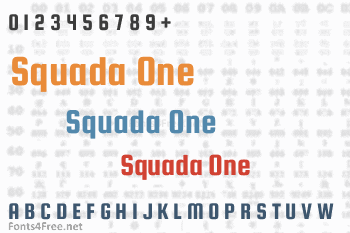 Squada One is the perfect font to make a lasting impression on any webpage. Its bold presence and geometric, condensed form allow for setting in any context. Squada One can be used at any size while still maintaining clarity and smoothness. 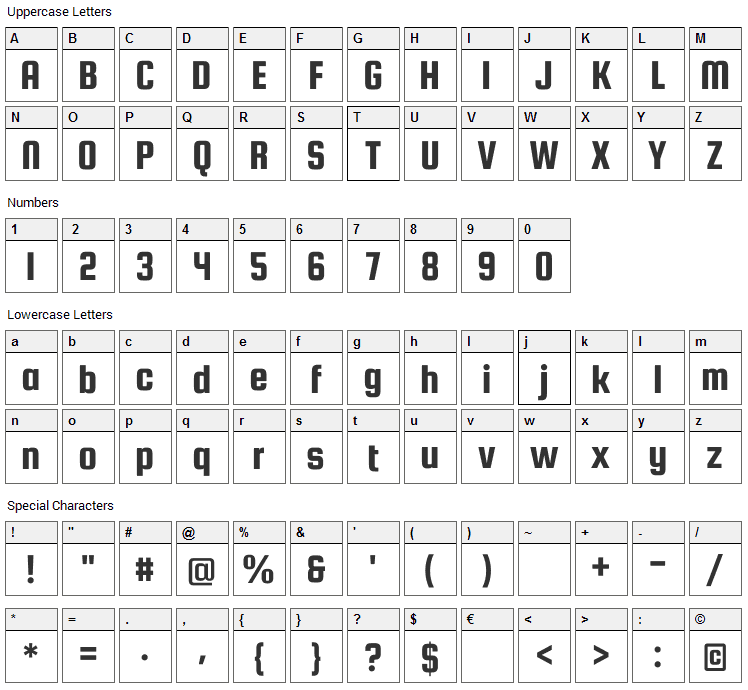 COMMENTS & QUESTIONS ABOUT SQUADA ONE FONT

Squada One is a basic, sans-serif font designed by Joe Prince. The font is licensed under SIL Open Font License. The font is free for both personel and commercial usages, modification and distribution. In doubt please refer to the readme file in the font package or contact the designer directly from plus.google.com.

Squada One font has been rated 3.0 out of 5 points. A total of 1 votes cast and 0 users reviewed the font. 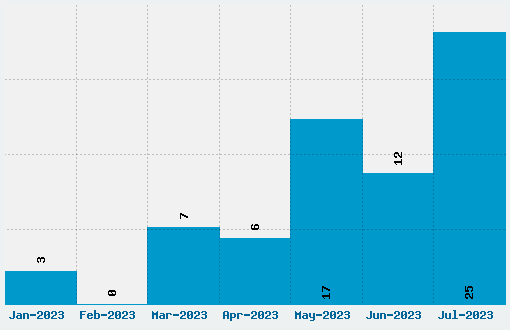