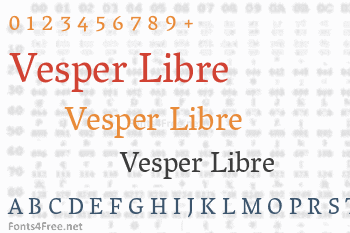 Vesper has a classical foundation, but with an entirely modern appearance, making reading comfortable, but never boring.

Vesper's Devanagari design was started by Rob Keller in 2006 and inspired Vesper's Latin letterforms. This process was featured in a I Love Typography article in 2009. The Devanagari character set was completed in 2014 through a collaboration with Kimya Gandhi.

Vesper Libre is a special web version that has been optimized for online use. Tiny details have been simplified and the character set is reduced for the perfect balance of beautiful web typography with fast page loading.

The Vesper Libre project is led by Mota Italic, a type design foundry based in Berlin. 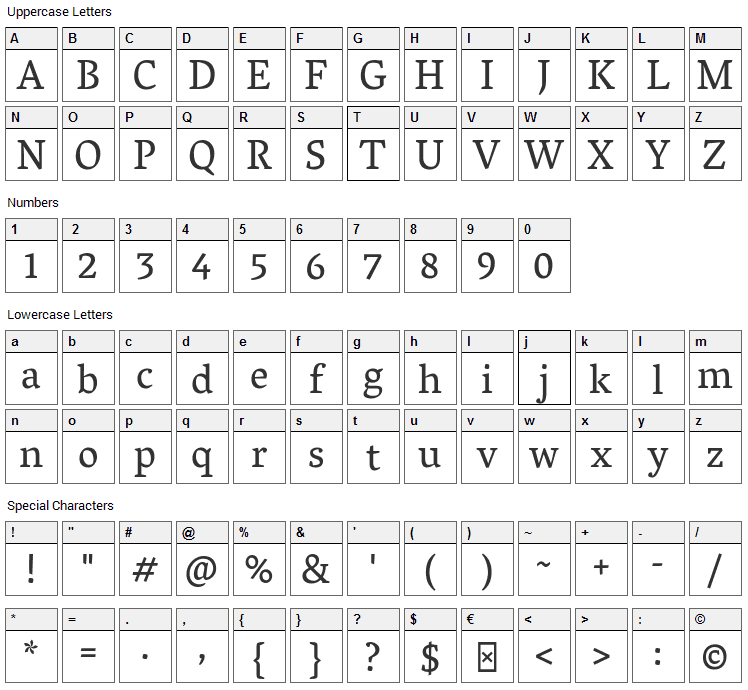 Vesper Libre is a basic, serif font designed by Mota Italic. The font is licensed under SIL Open Font License. The font is free for both personel and commercial usages, modification and distribution. In doubt please refer to the readme file in the font package or contact the designer directly from plus.google.com. 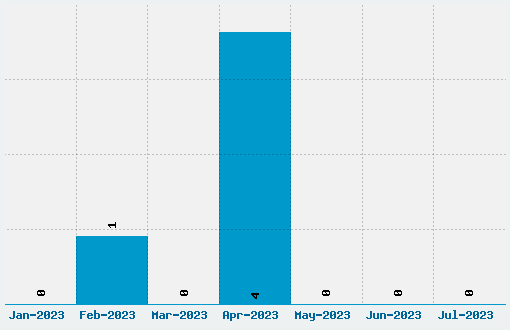