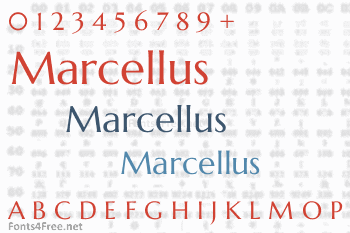 Marcellus and Marcellus SC (small caps) are a set of flared serif typeface families, inspired by classic Roman inscription letterforms. While the SC family leans more towards the titling style of Trajan, the Regular version lends itself to a wider range of usage. These elegant typefaces, when combined in use, exude clarity and beauty for both on screen and printed materials.

Marcellus is a Unicode typeface family that supports languages that use the Latin script and its variants, and could be expanded to support other scripts. More specifically, this release supports the following Unicode ranges: Latin-1, Latin-2, Turkish, and Windows Baltic. 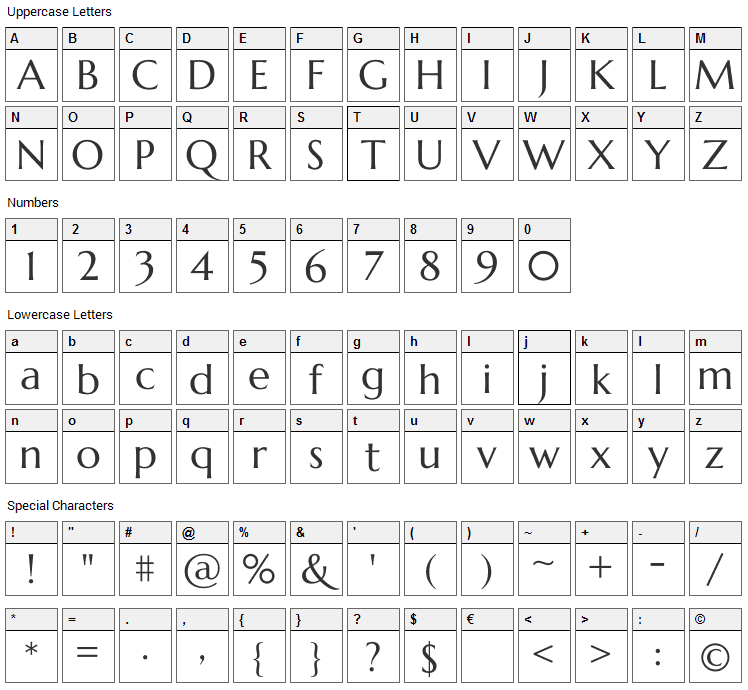 Submit a comment, question or review about Marcellus font

Marcellus is a basic, serif font designed by Astigmatic. The font is licensed under SIL Open Font License. The font is free for both personel and commercial usages, modification and distribution. In doubt please refer to the readme file in the font package or contact the designer directly from astigmatic.com.

Marcellus font has been rated 5.0 out of 5 points. A total of 1 votes cast and 0 users reviewed the font. 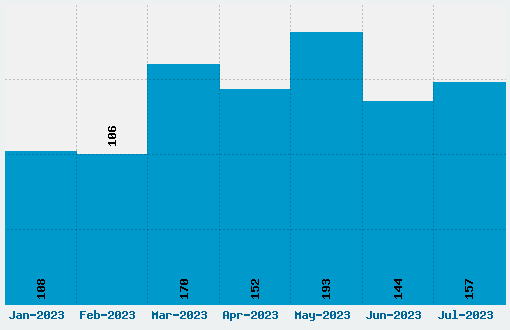