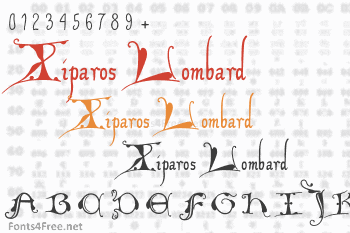 As to its lower case characters, the XiparosLombard font is identical with the XIPAROS font -- apart from the d, which has been replaced by a straight version. The upper case alphabet, however, consists of Lombardic capitals. Since they were taken out of a book some three hundred years younger than the charters that provided the lower case, they are much less austere, and much more rounded than contemporary ones would have been.

The XiparosLombard font contains no decorations, and you'll find all the brackets, curly brackets, and greater/less signs here that are lacking in the XIPAROS font, as well as the +, =, and bar sign. Do I have to mention that the number sign has taken the shape of a long s? 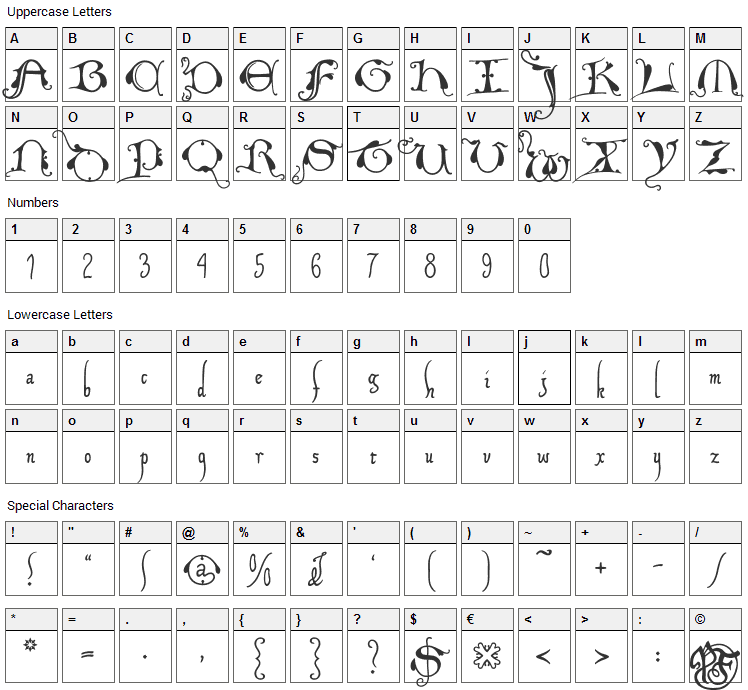 Submit a comment, question or review about Xiparos Lombard font

Xiparos Lombard is a gothic, various font designed by Pia Frauss. The font is licensed as Free for personal use. You can download and use the font free for personal projects. For commercial projects please refer to the license file in the package or contact the designer directly from pia-frauss.de. 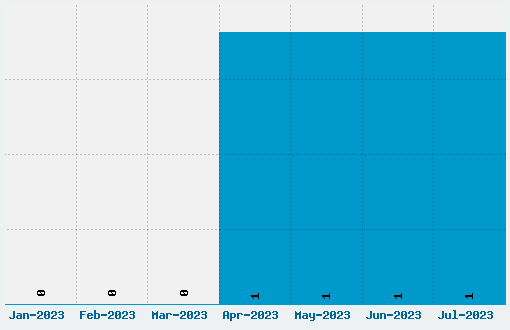