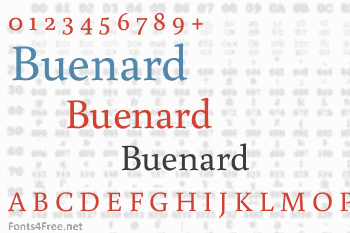 Buenard is a high-quality serif typeface for art books. Its based on the Transitional Roman classical structure, with less contrasted strokes and heavier serifs.

It has its own contemporary style, combining elegance, consistency and legibility for all text sizes, making it an excellent choice when selecting a serif font.

Buenard was initially designed for an Argentinian art publisher and progressed as a final project in the Postgraduate Career in Typography at the University of Buenos Aires. 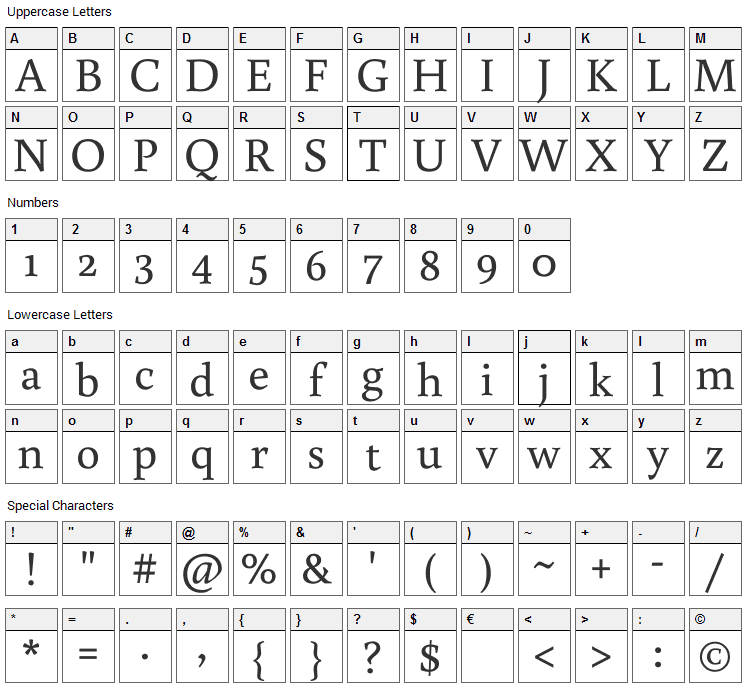 Submit a comment, question or review about Buenard font

Buenard is a basic, serif font designed by FontFuror. The font is licensed under SIL Open Font License. The font is free for both personel and commercial usages, modification and distribution. In doubt please refer to the readme file in the font package or contact the designer directly from fontfuror.com. 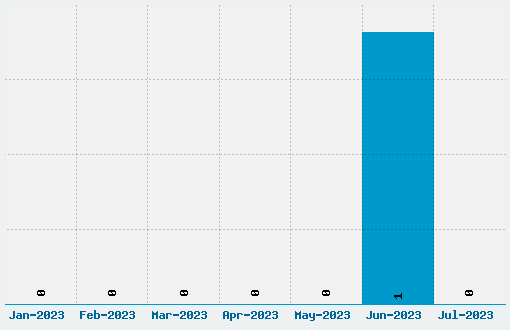