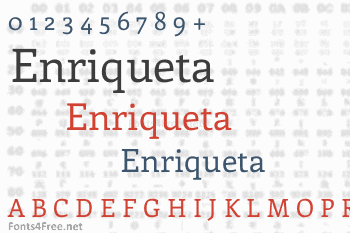 Enriqueta is a serif typeface designed to meet the technical demands of silkscreen printing. Since that is a grid system, this makes it an excellent candidate for digital display applications too since they are built in pixels.

Its a slab serif type with clear, direct and not so subtle features, that was conceived as a hybrid that takes from the Egyptian style some robustness and strong serifs, and from Roman fonts the proportions and soft humanist tones, resulting in a harmonic and legible typeface for texts.

Enriqueta was selected to be exhibit at Tipos Latinos 2010, fourth Latin-american tipography biennial and to be part of the German editorial project Typodarium 2012. 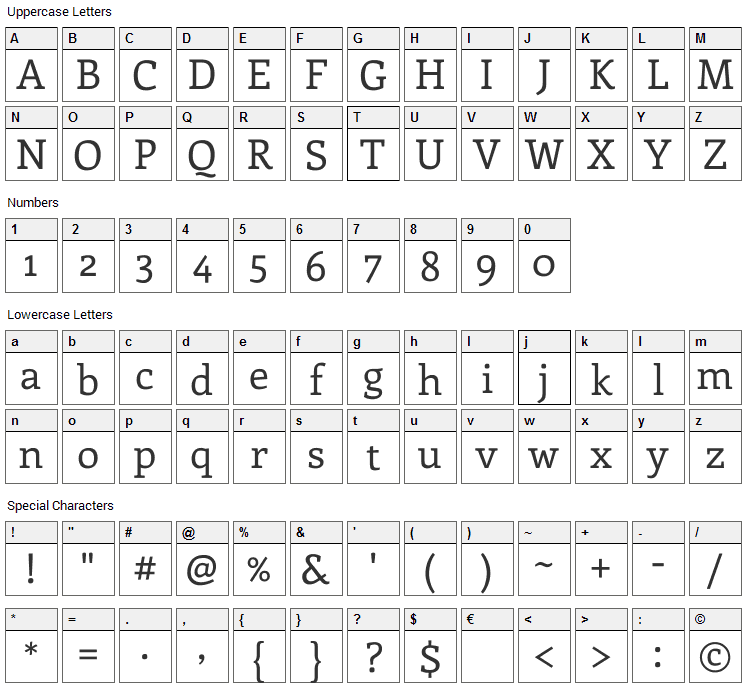 Enriqueta is a basic, serif font designed by FontFuror. The font is licensed under SIL Open Font License. The font is free for both personel and commercial usages, modification and distribution. In doubt please refer to the readme file in the font package or contact the designer directly from fontfuror.com.