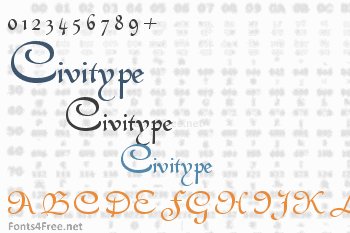 The font Civitype shipped with Fontographer 4.1. As far as I know it is based on a script font named "Civilité".

So I had no scruples developing my own version (1.55) in 2002. Many of the alternative characters in this font went to places where they are accessible under Windows. The German double s was created new, the s with flourish went to }. The d was problematic when proceeded by an l, like in wild, build, folder etc. I adjusted it and placed the original on Ú. There is another alternative d on the backslash. Use a character map to find what you need. Mind the ch and ck ligatures on Ì and Í. I added just lowercase international characters mostly since you won't use such a font all-caps anyway. More extended characters were added in 2013 for version 1.60. 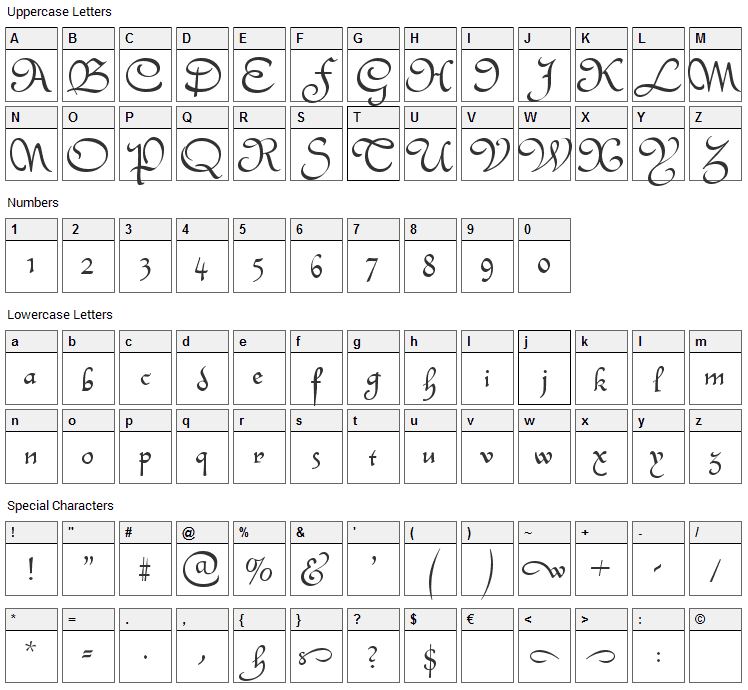 In 1557 the French engraver Robert Granjon developped a typeface called "Civilité". Its characters imitate French cursiva letters of the Renaissance. Stephen G. Moye published his take on that face in 1991 as a public domain font called "Civitype" It contained a number of swash letters as well, among others an s with a flourish, in the slot for the German double s (ß). Since the font was PD I had no scruples to design my own 'ß'. Now the flourish s had to go elsewhere. That's how it all started. I discovered that the character combination 'ld' did not work properly, so I made another 'd'. Thinking that the swash 'w' did not look good in the middle of a word (more common in German than in English), I cut off the swash and placed the ornamented character into another slot. And so on. To cut a long story short: Now there are many character variants in odd places where they don't really belong. But reachable through the Windows character map which was sometimes the only way of using extended characters back then. In particular, I used the accented uppercase vowels. I did not change that atrocity when I made a revision of my font collection in 2013. Sorry about that, but you get what you paid for ;-)

Submit a comment, question or review about Civitype font

Civitype is a gothic, various font designed by FontGrube AH. The font is licensed as Free. The font is free for both personel and commercial usages. In doubt please refer to the readme file in the font package or contact the designer directly from fontgrube.de. 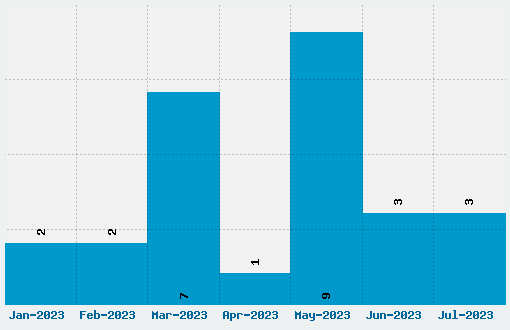