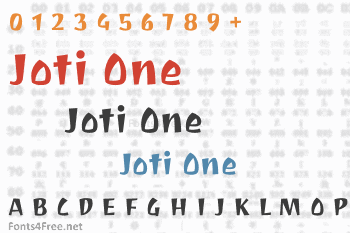 I enjoyed designing this typeface because it was inspired by my little son "Jonah, " who is called by his friends "Joti." The type has the informality and style of the cartoons which children watch. Its primary concept is top-heavy stems with a slight sense of movement to further enhance the style. Joti is ideal for composing headlines and short texts in sizes larger than 14 points. 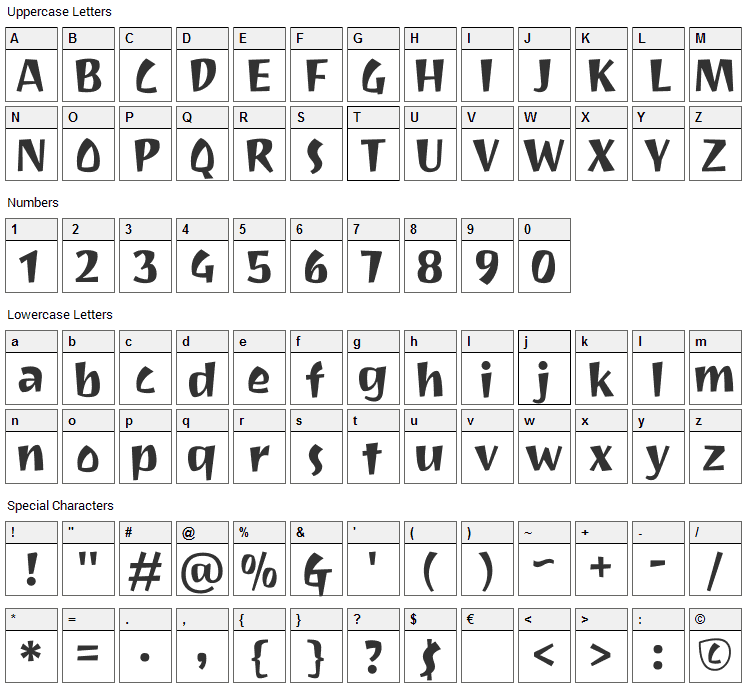 COMMENTS & QUESTIONS ABOUT JOTI ONE FONT

Joti One is a fancy, various font designed by Eduardo Tunni. The font is licensed under SIL Open Font License. The font is free for both personel and commercial usages, modification and distribution. In doubt please refer to the readme file in the font package or contact the designer directly from profiles.google.com.

Joti One font has been rated 5.0 out of 5 points. A total of 1 votes cast and 0 users reviewed the font. 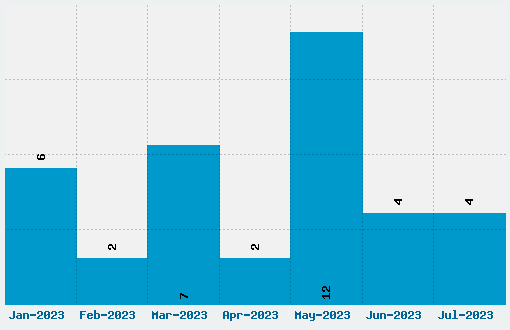