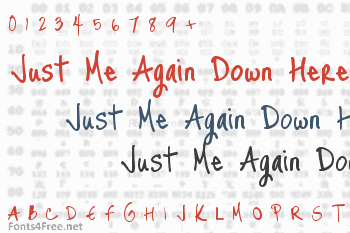 Just Me Again Down Here was created a few weeks after my family and I moved to China, using a Wacom Tablet and Adobe Illustrator.

This is my "messy" handwriting with mixed capitals and irregularities. After moving to China and finding myself without the ability to communicate in my new home country’s language, creating a font was something that reminded me that I did know how to do something and I would survive those first confusing weeks abroad. 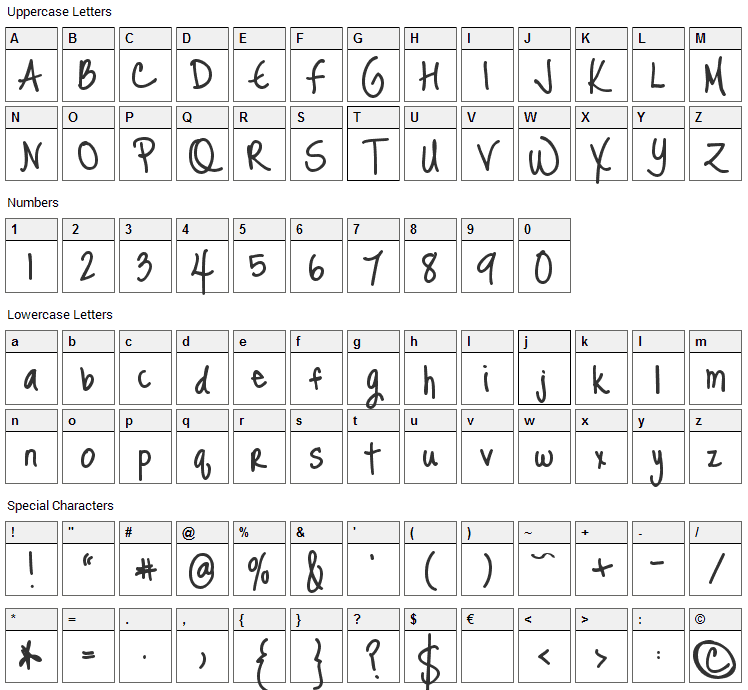 Submit a comment, question or review about Just Me Again Down Here font

Just Me Again Down Here is a script, handwritten font designed by Kimberly Geswein. The font is licensed under SIL Open Font License. The font is free for both personel and commercial usages, modification and distribution. In doubt please refer to the readme file in the font package or contact the designer directly from kimberlygeswein.com.

Just Me Again Down Here font has been rated 5.0 out of 5 points. A total of 1 votes cast and 0 users reviewed the font. 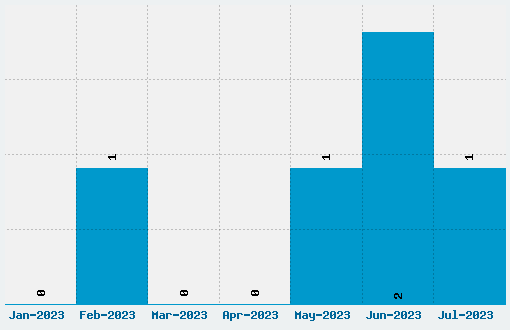